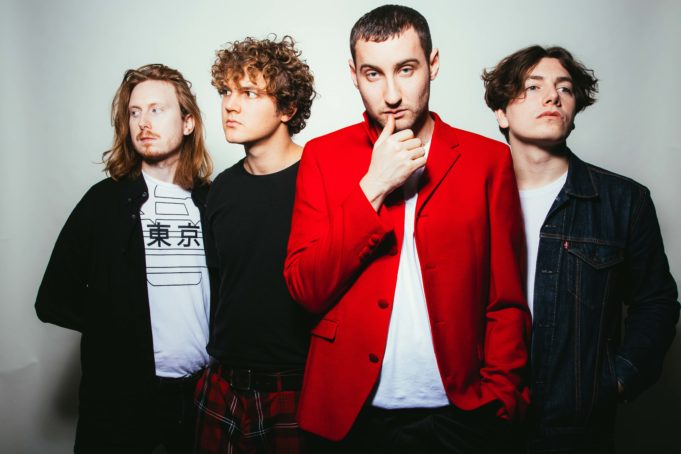 Following a whirlwind start to the year, which saw them being named as the only band on the BBC’s Sound of 2019 list, the band performed at Reading and Leeds Festival over the weekend.

I chatted to Henry and Rory from Sea Girls ahead of their set at Reading Festival on Friday.

H- We’ve actually known each other from school age, we’ve been in different bands before Sea Girls and when someone left that’s really when the band fully formed.

Where did the band name come from?

R- It’s a misheard Nick Cave lyric! From a song called ‘The Waters Edge’, he says “all the city boys and city girls go down to the water’s edge” but it sounds like seagulls

H- It’s all about the songs and energy

You have been together for a few years what has been the highlight of your music career?

R- I say starting it *laughs*

H- I think our tours and growing them! We’ve already done three amazing tours and fans just completely bring it! We’ve been so lucky

R- Being able to play sold-out shows has been insane! It’s just everything you could want really!

Out of all the gigs, you have played which one stands out for you?

R- Oooh! I’d say we had a pretty spectacular Norway show! It wasn’t the biggest or loudest crowd but it was a scenic place to be.

H- It was so cool! We had our dressing room in this really rich Norweigan house and drank coffee and ate cake

On the Reading lineup, who would you most like to party with?

S- Yes, she seems like she’d be sick to hang out with!

R- Oh boy! I fell over at our last London headline show

H- Rory gets the most, I mean I think we say he falls over more than he does as a joke! Today before we went on stage, we gave him shit about it.

S- But luckily you didn’t this time

R- First time I met Oli, I threw a punch at him because I didn’t get his sense of humour

S- I mean he deserved it really

You can catch Sea Girls on their UK tour here: