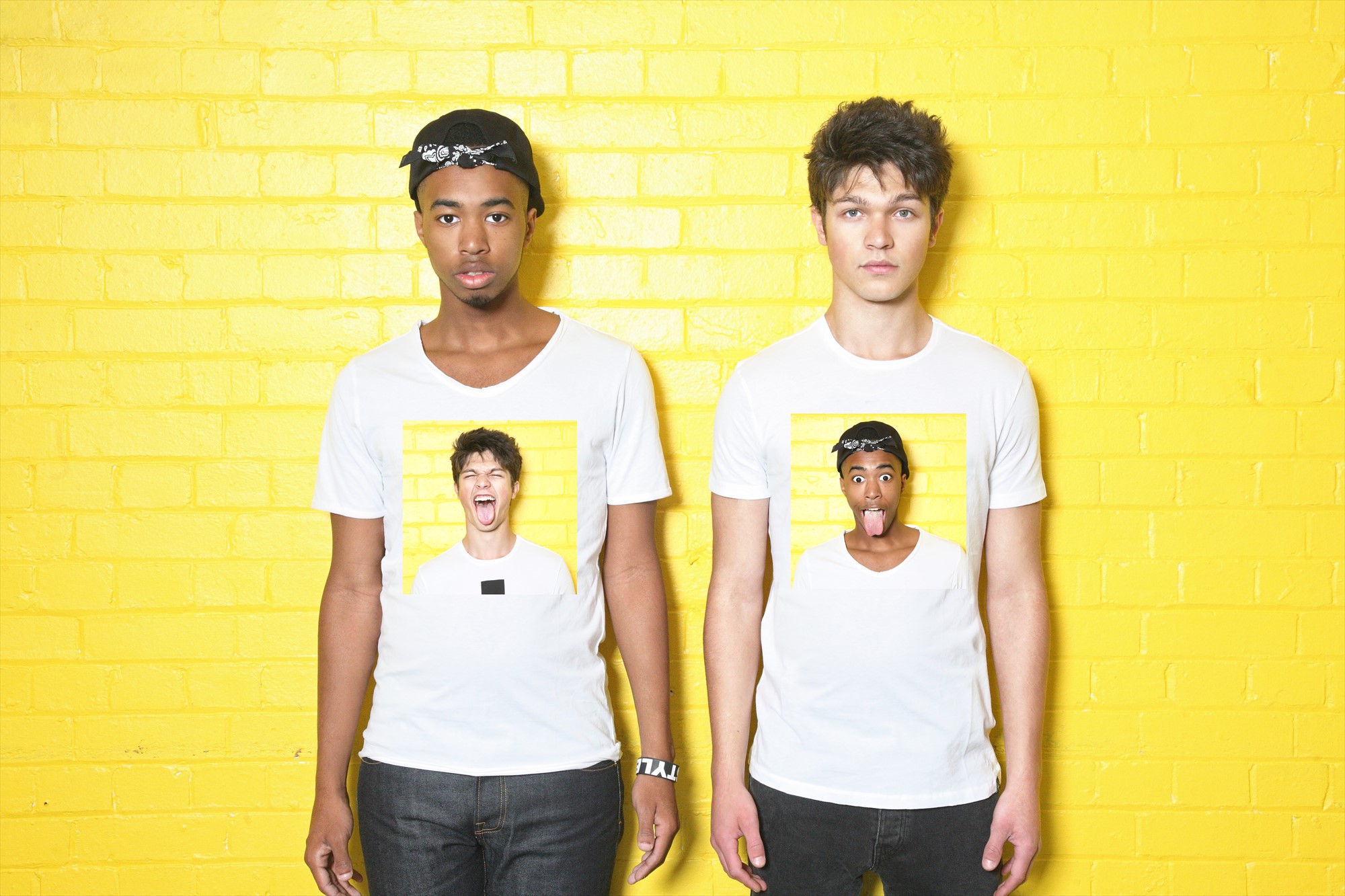 Tyler N Stevie is a young and fresh American duo from New Jersey. Influenced by the likes of Fall Out Boy, Blink 182, Childish Gambino and The Fugees the boys have fused Hip-Hop and punk rock together to create their unique sound. The 18-year olds are loved on YouTube and have a gained a loyal fan base dubbed ‘Stylers’. The pair released their debut EP Ghost this week and have set their sights on one day selling out Madison Square Garden.


Tyler N Stevie you are YouTube sensations, it essentially broke you. What made you decide to showcase you’re talent on this platform?
S: At the time we were managed by the same management as Karmin, so that’s how they broke Karmin. They thought lets hop on YouTube and make some covers and get a fan base. I would never think about doing covers otherwise but we like doing them now.

Do you think this is a good way to get into the music industry?
T: I feel like it was. But now it is like everyone is doing it, so a song comes out which is popular and in the first week you’ll have three hundred and something covers. Maybe two of them will stick out. It’s getting harder because everyone is catching onto it. Justin Bieber came out from YouTube, so everybody caught on. So now it is harder to do but not impossible.

With The XFactor recently starting in the UK, would you have ever taken the reality tv route?
S: Definitely not, were just not the kind of people to do that were just not. Its pretty hard to make it in one of those shows, even if you win it is kinda tough to be break of that being an XFactor winner.

How did the two of you originally meet?
T: I became a theatre geek in High school instead of playing sports which I think that is much cooler. But Steve jumped in on that. We sort of became friends…Really until Fame the drama club was predominately white, but then Steve brought all of his friends, his really cool black kids. It was so funny because our teacher really had wanted to do Hairspray for a while but didn’t have enough black people. Steve brought all of the black people and we did Hairspray the next year, then I got suspended. I got suspended four times, for smoking those electronic cigarettes.
S: It wasn’t the fact that he smoked them it’s because he blew it in a teachers face.
T: Yeah I was always in the principal’s office, but he was a really cool guy, I was in his office so often we were like best friends (laughs)

So what made you decide to get into music?
S: I got into music generally is because of my mum. She is a singer she sings at church, I’m a “church boy”, and then I got into rapping.
T: I loved music from when I was a little kid. I grew up listening to punk and grunge. I tried to take guitar lessons but I have severe ADD. I told my teacher I wanted to learn songs and not music theory, then after a while I mean I could do it on my own.

Your quite young (18) and travel a lot between your New Jersey home-town in America and your music base in London, is it hard being away from home?
T: I like it, I love my parents but every now and then it nice to get away. I miss my parents a lot but I’m very independent, I have always been since I was young. I do check in and call them every night.
S: It is getting better now but the first time I came here I was very homesick. I’m a momma’s boy, hard to admit but it is very true. So I love being with my family. But I love being here and London is an amazing place. Back home school I think has started so we wouldn’t be doing much so London is where we want to be.
T: I was always rebellious one in school so if I don’t keep myself occupied I will get myself into trouble.

Do they ever get as crazy as One Direction fans?
S: No, One Direction fans are insane. It’s weird because all the Stylers have become friends and they are all nice to each other. Like I see them tweet each other stuff like I see you changed your profile picture, nice and then put Stylers rock! (laughs)
T: It’s not a huge fan base, it’s small and intimate but growing. Now your music is described as a fusion of Hip-hop and punk-rock, how do you find that balance between the two genres?
S: Well Tyler is very into rock and I’m into old school hip-hop, so we keep the core hip-hop beats with very punk rockish guitar vibe and also a reggae vibe. It’s like a 2013 Walk This Way but cooler and you can wear hats.
T: Arguably it is pop. But with the melodies and the guitar parts there is hip-hop and punk elements.

Are there any more covers in the work?
T: No, it’s all about getting more original music. We’ve solidified our sound to the way we want it.

Does your new EP Ghost showcase this sound?
S: Yeah, that’s why we formed the group in the first place, it’s a unique and genuine sound.
T: It’s a new spin on our old music…lemon scented.

Where do you see yourselves in 5 years’ time?
S: I’d like to see us sell out Madison Square Garden. Also being very respected and not just making music for that radio pop hit, very credible. Hopefully have a lot of money and a beautiful wife, maybe not a wife that’s too quick. A beautiful girlfriend and a nice house in California.
T: I’d like to see myself also in Madison garden not to copy Steve. We want to be respected in the music industry and respected by our fans, we do make a point to write our songs. We love music and not the fame or money. I also like a house in California, we’d be neighbours.
S: What if I have a girl there and you just zip-line into the room.
T: I’d be like, just grabbing the milk, carry on.