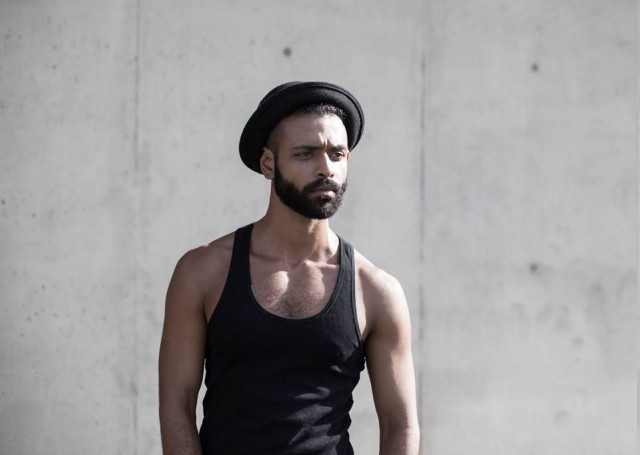 Having just released visuals for his upbeat sophisticated pop track ‘Wake Up,’ Siki proves he is a force to be reckoned with. Siki has risen within the music scene in his own right by releasing tracks with feeling and emotion that anyone can relate to.

From crazy sexcapades, to past relationships to issues with his father Siki bares all in his latest album ‘Loveorlogic.’ The album encapsulates the singer’s artistic and upbeat personality that just wants to bring change and happiness into the world.

We chat to Siki about what ‘Wake Up’ means to him, race issues he’s dealt with in the music industry, and why Europe is the place that accepts musicians as they are.

How did you first get into music?

I first started when I was 10 years-old back in Pakistan, but when my parents moved my brothers and I to Australia everything began from there. You don’t get the same opportunities in third world countries as you do here, so coming here I was more free to do what I wanted as a singer and find ways to get exposure and ever since then it’s sky rocketed.

You just dropped visuals for ‘Wake Up’ tell us about it.

So I teamed up with Mike Worsley of Flamingo Productions (Bafta Award Winner)  along with Matt Sweeney and Vaughan Dagnell who are all quite established individuals in the entertainment industry.  I was extremely humbled and honoured to have them on this video and I am so grateful for their time and vision! We wanted a simple and chic video where the message of the song would be consistent through out which I think we achieved!

The song talks about loving yourself and knowing that all is always going to be okay. Be happy and remember that you are always your own hero first and foremost! So the video shows me telling that story with a beautiful background and with three different characters going through motions and eventually coming out to the party confident, strong and happy!

Tell us about your album?

The album is titled ‘Loveorlogic,’ It’s a mixture of sophisticated pop and a bit of soul. Through out the album I am telling stories of experiences I went through over the past year. I think this is the first time I have been so honest and open about my feelings from talking about sexcapades, cheating lovers, my old relationship with my father to just being infatuated with someone. It’s a variety of topics which I feel people can relate to.

I had a blast writing this and having Adam Lunn produce 9 of the tracks was truly brilliant! I worked with Aaron Roman on the 10th track called ‘Go (Get Out)’ which is the very first track I recorded back in January 2014. It’s all exciting!

One of your influences is Sade, tell us about that.

I remember jumping the fence to give Sade my CD a couple years back when she was doing her ‘Bring Me Home’ tour in Australia. (laughs) oh good times! I don’t think it ever got to her through. Her tour was one of the most visually stunning tours I have ever seen thus far! She was brilliant all round. Sade has always come different with whatever she does musically and visually, it’s always done with class and doesn’t take away from the music one bit. That is one thing I want to keep consistent with the kind of things I put out to the public as an independent artist.

She is truly a legend in my eyes!

You’ve been to Europe before, what do you think you miss from here the most?

Living in Europe was truly a blessing in every way, I learned so much about the business and more importantly myself when I was there. I lived in Barcelona for almost three months (have been back 6 times) and lived in London for about two years travelling through out Turkey, France, Spain, England. I was very fortunate to meet some beautiful souls along the way!

I miss the culture and support the most! I miss it in general to be honest.

You have a Pakistani background, has that ever effected your music career in anyway?

In some ways it has, when I would be fortunate enough to get meetings with people caliber or large music companies they never knew what to do with me, it was always a question mark?  They didn’t know what box to put me in and that’s the different between Australia and Europe is that here in Australia. The record companies don’t give a chance to people who are different or have something unique to bring to the table, whilst in the UK individuality is embraced and put on a platform which is truly important.

That is why I decided to go independent and study the business and create my own team and fan base. Only now in 2015 I feel as an indie artist I am going to where I need to go and the amazing thing about it is, nobody is taking my money or telling me what to do and I am still riding the wave of success in my eyes.

What other projects are you working on? Touring?

If you could collaborate with anyone, who would it be and why?

Sade for all the obvious reasons and Mariah cause she is a brilliant co-producer and writer and has big an inspiration in many ways.