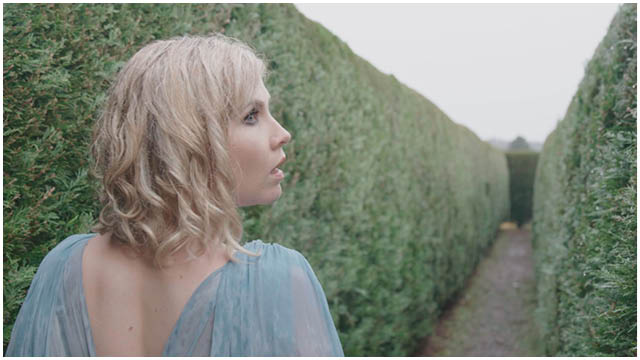 Lucy B is no stranger to the music scene, her very first album was recorded in Sydney and at the infamous Abbey Road Studios in London.

Her acoustic pop music style has kept her in the limelight with her soothing vocals and infectious production. Reigning from Sydney, Lucy has just dropped visuals for her latest video ‘Walking without shoes’ which is a homage to toxic relationships and not knowing where you stand.

Flavour Mag chats to Lucy B about how her musical journey started, what her track ‘Walking without shoes’ is about and why her ideal collaboration would be with The Beatles.

How did your musical journey start?

I guess that depends. I have been singing my whole life, performing in choirs and a’capella groups at school and wrote my first song in year six for my school teacher. It was in year 12 however, that I began to take it more seriously, forming a duet called Lillja with a girl from school. We preformed around Sydney and recorded a few demos for about five years. It was in early 2007 that I decided to pursue a solo career and began collaborating on my first album ‘Botany Street’ with a producer. We recorded the album in Sydney and in Abbey Road, London.

Through performing around Sydney, I began to form a band and recorded my EP Behaviour. In late 2013 I began working on my new album ‘Chasing Sparks’ with producer Sean Carey, former Thirsty Merc guitarist and the rest is history.

What other projects are you working on?

I am currently writing new material for my next album and filming another video clip for the follow-up single ‘Stay’ from ‘Chasing Sparks.’

You just dropped a video ‘Walking without shoes,’ tell us about it.

This song is one of my favourites. It explores the feeling of being in a toxic relationship and not knowing where you stand, something which I have experienced on more than one occasion. I chose it as the next single because it resonated with people. Many people can relate to that feeling of not knowing where you stand in a relationship or where you’re heading, hence what it is like to ‘Walk without shoes.’

The video clip is filmed at Berrimer Maze, an hour outside of Sydney and directed by Ben Hardie from Postbox Studio. The director and I chose the maze to set the clip in as it is a metaphor for being trapped in a relationship. The clip follows me as I wake up in the maze and try to get out only to be led down the wrong path by a mysterious person who prevents me from escaping. To me, this captures what the song is about and how it feels to be in a toxic relationship.

Who are your influences?

In an ideal world I would love to go back in time and collaborate with The Beatles, though it’d also be amazing to collaborate with Sarah McLachlan, Norah Jones and Adele or even merge with electronic dance music like Calvin Harris or Sia.