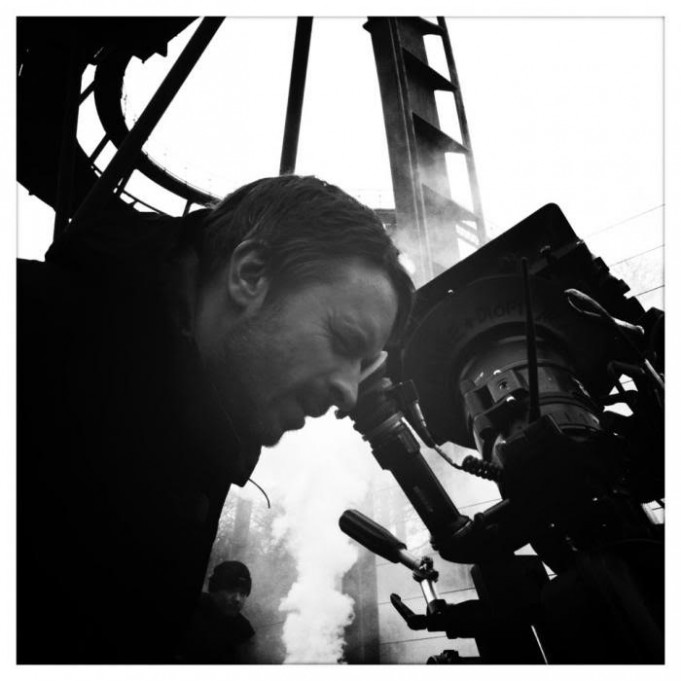 With the release of Sword of Vengeance, starring Stanley Weber (Borgias), on DVD and Digital, Jim Weedon, Director, has given this interview to talk about the making of the film.

From the outset, what was your initial feeling or take when you came on board to direct the film?

Sword was an incredible challenge to realise in terms of making it distinctly different from the norm of the current myriad of period action dramas. From the start, I was conscious of the fact that the film needed to stand apart and to have a singular identity. The budget was incredibly low and wouldn’t allow for us to compete with many of the studio productions of the moment, but I also didn’t want to, what I wanted to achieve for the audience was something equally arresting but in a completely new realisation.

Where did you draw your influences from for the film?

I have been a fan of the chambara style of Japanese samurai movies since childhood, which was taken by Hollywood and reimagined in many Westerns and Spaghetti Westerns. I was intrigued with the idea of creating a medieval world that totally sat within this style. Immediately we gave the film a very distinct and unexpected look and style.

How did the project come into your possession?

Huberta Von Liel approached me and asked if I was interested in making a period revenge drama. I was incredibly interested in the opportunity but also the fact that Vertigo Films allowed me total creative control visually.

The dialogue is quite minimal – was this your own intention?

Julian Unthank came onboard to develop the script, immediately we stripped back the dialogue to a minimum, something that was used a fair amount in the Spaghetti Westerns. We didn’t want the film to fall into the standard cinematic tropes, although the script is a basic premise of revenge we wanted the story to unfold in more unexpected prose, especially the ending. I also wanted our hero to be an antihero, rather than the man that saves the day. His character although conflicted tries to atone for his sins but it comes too late, however, his absolution from Anna in the final scene allows him to find peace and solace from his chosen path of revenge.

The fact that we removed so much dialogue meant that the sound had to work suitably hard to convey the unsaid. Both Roland Heap (sound designer) and Stephen Hilton did an incredible job of creating the sonic nature of the film. I wanted the audience to have a musical roller-coaster ride as they witness the storyline unfolding. We really pushed the sound design and musical approach to bring the visuals into a very vivid but chambara life. Sound is integral to my commercial work and something that always creates the unexpected in the visuals. This can be the most rewarding and unexpected aspect of film making.

What choices did you make in terms of the cinematography?

The film needed to have a certain aesthetic to its overall look. I went for a bleach bypass approach in the grading to achieve very little colour in the film. To help this aim the wardrobe was specifically designed to be muted, working with blues, greys and black, the only real colour coming through is the inherent hues from the fur that the heroes wore.

The choreography of the film scenes is pretty amazing, did you take influence from other films for this?

There were many aspects that I wanted to try to change in the fighting styles. Often when watching medieval sword fights they become tedious, clumsy and dull. Whereas the samurai films with their shorter swords lent themselves to a much faster and action orientated aspects in any given fight sequence. Employing this approach we succeeded I hope in creating sword fighting sequences that were a lot more arresting than just a longsword attack. I was constantly looking for quick kills, sword slices that were hard and fast for the visual impact and to give us the energy and excitement of the battles as the heroes cut through cipher after cipher.

I wanted the film to also look and smell of the dark ages. Every aspect of the film from locations to clothing had to look worn, beaten and broken. I had shot some commercials in Serbia and found that they had very talented crew in all departments. Milos Djukelic had just co-produced Ironclad 2 so was ahead in terms of the requirements we needed to create this harsh and foreboding world.

Where did you shoot the film and did you face any challenges filming in harsh weather conditions?

We shot in Serbia for five, six-day weeks, in the middle of winter. The weather was harsh, the environment unyielding, days and nights were spent knee deep in mud that at dawn was dangerously frozen ice and by mid-morning a muddy mass that was equally harsh. I lost the half a stone in four weeks just trying to wade through the mud every day. As the film went on the weather got colder and colder to the point that it snowed. This was a little unexpected, but it looks incredible in the fight sequence with the evil Lord Durant.

What was the biggest or hardest part of filming?

The toughest part of the shoot was the opening two days. Ridiculously we decided to shoot the opening sequence which involved rain fx, horses, stunts, and prosthetics. It was the crew’s first two days together, suddenly we are in the rain with actors who can’t ride, horses that won’t stand still, actors who are going into hyperthermia, and prosthetic limbs that refuse to come apart properly, add in stunts that could only be repeated three to four times, blood that wouldn’t squirt sufficiently and the opening crane move into scene that kept breaking down I did ask myself how the hell did I get into this mess. However, it turned out fine.

How long was the editorial process?

The editorial was an incredibly fast turnaround, so much so that I tagged with the editor Tommy Boulding on two avids to maximise our time on sequences, we would both work on specific scenes and then swap them once we had got to a wall with it – this proved to be very effective in exploring the more abstract elements in the films construct. It also meant that Tommy could take more time on the more involved sequences.

Overall, how did you find the Sword of Vengeance experience?

Overall I believe we have achieved what we had set out to do, to create a world that stands apart in the realms of period dramas. Sword is taut, unforgiving and relentless, it makes no apologies as we are thrown into a world of dark times and dark deeds.

Sword of Vengeance is out on DVD and Digital Download Now.