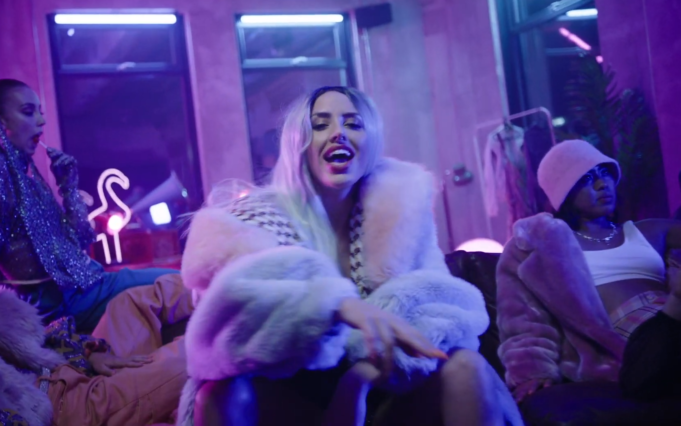 Multi-instrumental musicians Andre Lindal and Anthony Preston aka A2 Productions share a cover of Soul II Soul club classic ‘Back To Life (However Do You Want Me)’.

Having joined forces in 2013, the duo is now using their pop pedigree to help launch the next generation of talent. A2’s pop sensibilities come from years of tutelage working alongside producers whose music has defined the pop culture landscape over the past 20 years, including Rodney Jerkins and will.i.am.

We chatted to Andre and Anthony about new music, dream collaborations and much more.

AL – I was pushed into music by going to the local marching band. I played the trumpet and got to go to Berklee College of Music! As far as the “moment”… I guess when Justin Bieber decided to use ‘As Long As You Love Me’ as one of his singles, it was clear that I would be able to dedicate my life to music. I absolutely love music and to be able to work with it every day is beyond my dreams and expectations of what it could be.

AP – Music was always pulling at me from a young age.  I remember quitting the football team to be in the band (which, would’ve been much easier had my Dad not been the coach).  But, I picked up a few instruments and starting singing in college. I tried, after that, to make a run in urban music in ATL in the early ’90s, but I kept hitting roadblocks with my being gay.  But, it wasn’t until after the 9/11 attacks (I was supposed to be on a flight to NYC that morning) that I really looked at where my life was going and left a corporate career to actually chase my dream.

How did the collaboration with Mari Cray come about?

AL – We all love the song and it was Mari that came with the idea. We were editing the vocals for her, and they started screaming out for this guitar that we had recorded a while back. It was funny when we realized that the tempo and key were exactly the same as this particular guitar and ruff 80/future concept we were developing. So we imported Mari to that 80s project and pushed play. Anthony and I were both were taken aback by how awesome that melody and voice sounded with that guitar. After that, it was really a matter of tying it all together. We already had all the pieces – spread around on the hard drive.

AP – Pop/RnB with a twist… lol. Over the years, we have learned to sound like whatever the artist or song needs from us. While also being 24/7 students and learning new tricks all the time, we are able to keep the production flowing like a movie that can keep surprising the listener instead of the usual copy/pasting of sections that make the song stale and predictable. We always jokingly sing “Ebony and Ivory” to describe us… but, really our strength is in our differences, just like it is in the world (we just don’t know that yet).

AL – Hard to say after all the dream collabs we’ve already had but personally, Id love to work with my heroes, Max Martin, Timbaland and Celine to make a very select few. Now, I picked up from Rodney Jerkins that Billie Eilish was obsessed with our Justin Bieber song, which makes me think, Billie would be an organic collaboration that would go very well… Let’s go, guys!

AP – I feel Iike I’ve worked with mine already, but I would do anything to work with Gaga… anything she wants to do.  I love how she’s a chameleon.  Oh, and SZA, please.  Definitely SZA.

AL – That we, contrary to the advice of our musical mentors, moved the artists IN with us during development. We found that it was easiest to keep focused and building the team while also removing the word “bills” from our artist’s minds. Personal expenses aside of course, however, their living expenses were taken care of. That’s dedication!! Haha.

AP – We have definitely grown up and learned from a lot of mistakes… lol.

Once life returns to some normality, what’s are you most looking forward to doing?

AL – After a lockdown that’s lasted since November, I must say – being able to see people again. Clubbing, Vegas… Socializing with my friends and family… You know, I was outside on Friday and couldn’t stop looking at all the people that passed me by. One after another, I was thinking “where you guys been?!?!” Haha. I mean.. these years now have been pretty interesting as far as that “human connection”…

AP – I wanna travel again… and spend time with nieces doing things. I’m actually an introvert… Andre is the one that likes to hang out.

AL – ‘Billie Jean’ Michael Jackson. Easy. That song coloured my life in more ways I can describe. Especially ‘Billie Jean’. Like we all know, it is pop perfection from every angle and I cannot get enough of it.

AP – I feel like there are so many possibilities for this rollercoaster I’ve been on… but, I’ve been on this journey of real self-love during the pandemic.  So, today I’m going with ‘Beautiful’ by Christina Aguilera

What’s next for A2 Productions?

AL – After years of developing our skillset, sound and team we are super excited for what’s next. Firstly, we will stay focused on revealing the entire Mari Cray project to the world. Second, we’ve also stayed busy during the lockdown and will have much to show very soon!