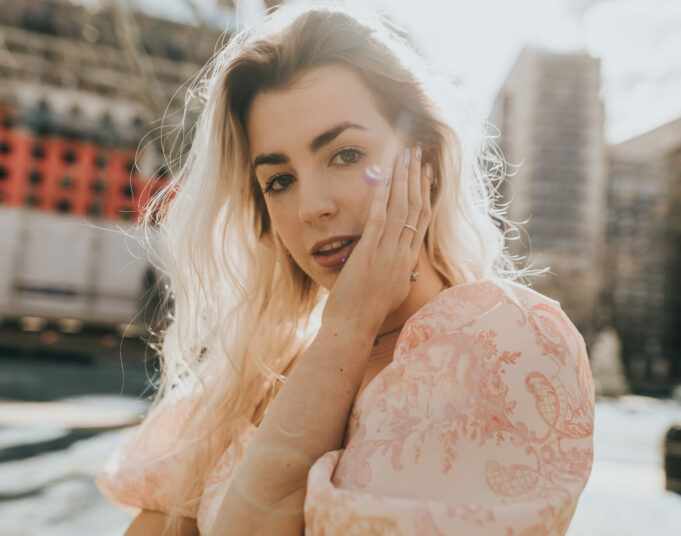 Back with her second single “Hang Up”, Alice L is definitely one to watch.

Two years ago, Alice made the decision to move away from her small town to London to follow her dream of becoming Pop’s next big thing!

Inspired by real-life experiences, Alice’s sound is carried by its catchy pop melodies sprinkled with a dash of R&B and dance sensibilities. I chatted to Alice L about her new track and dream collaborations.

Tell us how you first got started in music? Was there one moment where you knew this was something you wanted to pursue?

As cliché as it is, I have definitely always wanted to be involved with music in one way or another. I was always singing as a kid, so my parents got me involved with Performing Arts, and from there I started piano lessons, picked up the guitar and kind of fell into songwriting.

What inspired you to create ‘Hang Up?’

I had just come out of a breakup which became fairly messy because I ended up holding on for too long, just checking in and trying to be friends. So, I wrote the song about the difficulty I had in letting go, even though I knew I needed to. It really helped me close the chapter.

I think this changes multiple times a year depending on who I’m loving, but I guess the biggest lifelong dream would be a song with Ariana Grande. Saying that I’d actually hate it because she’s too good. Maybe I should just have dinner with her.

What is your dream venue to perform at?

Shepherd’s Bush Empire! It’s the venue I seem to end up at most and I’ve seen so many of my favourites play there, it would be so surreal being on the stage instead of in the crowd!

What’s one thing people might be surprised to learn about you?

I really enjoy cold gravy with a spoon.

What are your plans for the rest of the year? Can we expect any new music?

My plans are all up in the air thanks to a worldwide pandemic, but yes! Loads more music which I’m really excited about.