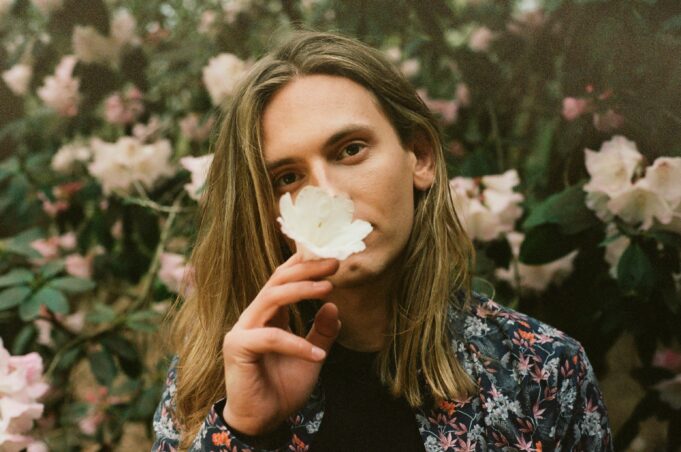 Casey Lowry releases new EP ‘Nervous’. Known as the upcoming indie King, Casey has already had a whirlwind of a career.

From performing with Conor Maynard on his US tour to being named The Telegraphs ‘One To Watch’, the Chesterfield-born artist is fastly climbing the popularity ladder and we can only expect to see more of him very soon.

You just released your second EP ‘Nervous’, What was the inspiration behind it?

I find myself in really odd situations, it’s almost a talent and Nervous was fully inspired by those experiences and how I made friends nervous with those antics and how fast-paced my stories came.

You started writing from the age of 14, what’s your songwriting process like and is there anything you do to get into the ‘zone’?

I usually end up in a bath or on a long drive and a melody or lyric will come to me. I’ll go and expand it in a little home studio afterwards…I’ve made a many a mess from throwing myself out the water and soaking my carpet on exit.

If you could collaborate with anybody, who would you pick and why?

I would definitely love to collaborate with Sticky Fingers, they are killing it right now as always and they are nutters. I’d love to see how they write and deal with things.

Yeah, it was basically when I realised I’d fucked my A-Levels up and it was because I had no time free to revise because of music. In the end, I just sacked them off and followed this my musical path instead.

You’re currently touring with Conor Maynard; Do you have any pre-show rituals?

My tour manager and I go for a beer in the best looking local pub, but that’s about the only ritual.

We know gigs don’t always go to plan, have you ever had any embarrassing moments that you want to forget?

Haha, yeah…I’ve had some bad ones because I’m so clumsy. My favourite is face planting the stage right at the end of my set at Heaven in London. 1000 people laughing hysterically at my comedic timing.

What theme song represents your life the most?

Once in a Lifetime – Talking Heads

In your opinion, what’s the best and worst thing about touring?

The best thing is definitely being on stage and the adrenaline kicking in knowing so many people are there to see you. The worst is how fat touring makes you, the last tour I put on a stone in a month. I need to stop putting beer on my rider.