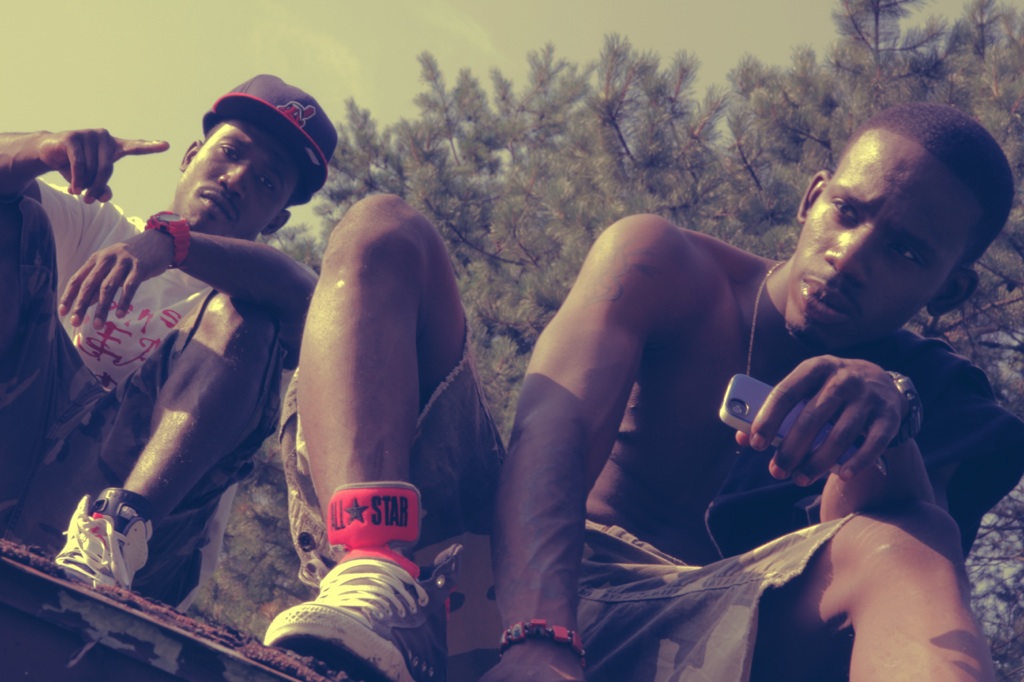 If you haven’t heard about US hip hop group Chillside, you soon will. Fronted by lead rapper Kidd_u, the US rap collective have currently been performing at a host of events and have even been tipped for great things in the months ahead. We caught up with the group for a chat to find out why their debut single, ‘No Girl Like You’, has got a lot of people talking…

Which artists were you listening to when you were starting out?

I’ve been listening to music all my life, but starting out I listened to mostly a lot of B.I.G, Lil Bow Wow, Dru hill, Nas, Jay-Z and Missy Elliot.

Who are your musical inspirations?

As there are a few members in Chillside, we always find a way to reinvent our sound but in a general description, our sound is life. It is raw, non sugar coated but so meaningful.  Also since we work as a group to come up with concepts, we find a way to correspond with everyone’s ideas.  We also have members from Florida that collab with members in New York as well as North Carolina. Chillside is comprised with so much musical talent that our sound is in orbit.

Do you put more emphasis on lyrics or the music?

That’s a tough question. I want to say I emphasize more with my lyrics, but my goal is to give you my life, and with that I have to find valid wording. Chillside is unlimited so the music is always going to be there, and if you can’t relate we have failed to entertain.

Your single ‘No Girl Like You’ has got a lot of people talking. What exactly is it all about?

It’s about, most teen relationships, or at least the underdog story. How you could like someone so much and never have them because they take you for granted, if that be the case. The video was shot with room for people to place themselves in the predicament. It also has a point about when you are paranoid about relationships because situations like what happens in the video can come about. Where I’m from [Poughkeepsie] situations like these aren’t far from the truth.

It seems quite raunchy…

[Laughs]… It had to be. When we were writing the hook, I actually decided to use two different perspectives, which were love and hate. I thought that technique would grab the lovers and love haters. Out of interest, how do you know if a girl likes you?

This is something you’ll never really know. All you can do is hope for the best, but a good way of me knowing is if she’s consistent with being herself.

A lot of big acts have come out of New York. As an artist, how has that musical heritage influenced you?

Being from New York your expectations are high to be the next-best thing. I remember growing up idolizing rappers like Notorious B.I.G., Jr Mafia, Nas, LL Cool J as well as A$AP Rocky, French Montana and Cory Guns. Listening to interviews, freestyles and realizing their consistency and humbleness really inspires me. The musical heritage has also thought me to be myself, which is a big influence to my concepts and originality. There’s no progression without hunger.

What do you think about the British music scene?

I think that the British music scene is underrated. I remember listening to a Tim Westwood freestyle featuring Chipmunk and Tinie Tempah and then thinking ‘wow’! Their style is very different and distinctive. The British accent has a dope slang over beats. I don’t know much about the producers, but the artists from what I’ve heard maintain a lot of creativity and word play.

If you could pick one thing you’d like to achieve in your career, what would it be?

The overall thing more than anything is appreciation.

What’s next? A mixtape or album?

The team and I came to a conclusion that we should make another free mixtape before piecing an album together. We really want to express our creativity, revolution, excitement and dedication. I as the group leader, feel that we have not yet won fans over completely, which is something we’ll be aiming to do when the mixtape drops sometime in September.

Check out the video for ‘No Girl Like You’ below