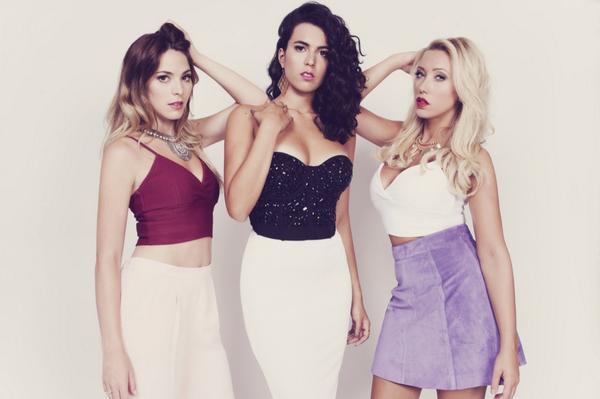 DeltAmour are known as Cassie, Oriana and Jess, each of the girls brings an element to the group, with great harmonies and talent to shine these girls are ready to be noticed!

The girls have performed for the first time on London Live, singing ‘Money on My Mind’ by chart topping sensation Sam Smith, the girls got to perform after their cover on youtube was shown and became a storm and this has become the beginning for them.

Money On My Mind Cover

With the support from twitter followers such as myself, I aim to do the best for DeltAmour and promote them like mad like other fans would do with a little help with my fiancé Joseph who was with me on Tuesday night and we got to see them at the Bedford in Balham, trust me we need more girl bands in the charts as it’s been bombarded with boy bands!

On to Tuesday night, we only got to see the first half as I had work in the morning, they introduced themselves with different colour shoes which was funny and made us laugh. They had the crowd going with their renditions of ‘Money on My Mind’ and Rita Ora’s ‘I Will Never Let You Down’, which I luckily filmed on my phone and have included for everyone to see along with their cover of Union J ‘Tonight (We Live Forever), which has gained them some followers through the girls tweeting the boy band to see the cover they recorded for youtube.

Money On My Mind – Live at the Bedford

I Will Never Let You Down – Live at the Bedford