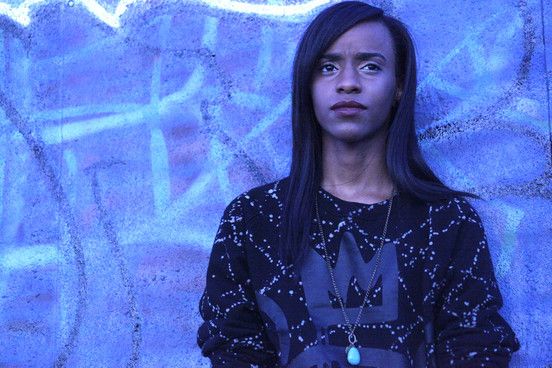 Angel Haze may not be a familiar name as of yet, but that doesn’t matter. The 20-year-old, rap sensation happens to be one of the brightest young ladies in hip hop, bursting with feistiness, style, and ridiculous amounts of talent. MTV describes her as, “quite possibly the greatest unsigned rapper ever.” Now preparing to start turning heads, we catch up with the NY native for an exclusive chat in which she opens up about being bullied, as well revealing all about her new single ‘New York’ ‘, and wanting to marry both Jason Mraz and Donald Glover.

What was it that inspired you to start putting pen to paper at the age of 11?

Thoughts of suicide, they plagued me incessantly. I wrote my first suicide letter at age 11, and I’ve been writing ever since.

What can women get away with in hip-hop that men can’t?

Being bisexual, apparently. There’s not much else.

Your single ‘New York’ is one of those records that has got a lot of people talking. What exactly is it all about?

It’s just my very cockily, self proclamation of the fact that I run sh*t. It’s a statement, NYC is the birthplace of a lot of the best rappers in the world, and that record is my way of just saying “f*#k you and everything you’re about, I’m better than you.” It’s a lot of fun too. If you were to take me on a tour to your hometown, where would be the first place we’d go?

Nowhere, cause I’d never go back there… [Laughs] But if I absolutely have to, I’d take you back to Irvington, and show you where it kind of all started.

In the opening of ‘New York’ we hear a voice grumbling, which sounds similar to Gil Scott-Heron. Is it actually him?


It is actually him, [Laughs].

Where did the inspiration come from?

It came, simply from me sitting on a rooftop on Covert Street, wondering what the hell this song was going to be about. Then it clicked, I had a chorus, and the rest was history.

There are loads of different sounds on your brand new EP ‘Reservation’. What was the inspiration behind it and who inspired you when you were putting it together?

I can’t really pinpoint the inspiration behind the EP. It came from too many places to be nailed down to one thing. Tons of things got me going, but the people who inspired me most were just fans and the people closest to me. I tried very hard to stay away from mainstream influences and just dove into whatever was on spinner.  I wanted it to be as authentic as possible, and with this one, I truly believe I’ve struck gold.

Seeing that you’re very active on Twitter, can you elaborate further on your recent tweet, in which you said: “I feel like Amber Rose is trying desperately hard to stay hot. She doesn’t want Wiz. Like a 400 pd nig*a don’t want a happy meal over a #1.”

Oh god, that tweet was years ago. I tweet mostly for some sort of comedic release; I never put any actual thought into anything like that. That’s funny to read though, it made me chuckle.

You also recently sent out a tweet asking someone to marry you. Who’s your celebrity a dream partner?

I was reading somewhere in which you mentioned you had difficulties getting along with other kids in school?

Yeah, growing up I was bullied a lot. Mostly because I spent most of my life being the new kid in a school/world of kids who’d been connected practically since birth. I had trouble interacting, so I ended up being home schooled from time to time.

Who are your favorite artists in this new era of Hip hop?

What’s it like breaking into the industry with record sales in decline?

I don’t know, I think a lot of that has to do with how an artist is marketed.

Who’s the most famous person in your phonebook?

I don’t actually consider any of my famous friends to be famous, so I’m gonna have to pass on this question.