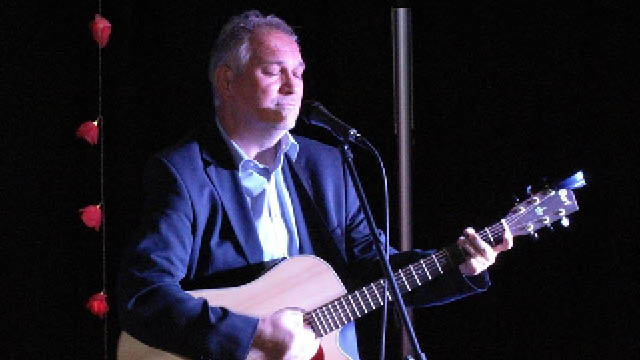 Liverpool based John Jenkins and That Sure Thing are set to release their new album on the 15th of January 2016.

‘Honeymoon Hangover’, the follow up to 2013’s ‘Intruder’ long player, was recorded with producer Scott Poley in studios in and around Warrington and Liverpool and features a great line up of local musicians and singers such as Thom Morecroft, Tricia McTeague, Paul Richard Dunbar, Robert Vincent, Etienne Girard, Chris Howard, Phil Peers and Steve Thompson.

Listen to ‘Louisiana is Calling’ from the album:

As a member of Come in Tokio and The Persuaders in the mid to late eighties, John Jenkins supported Elvis Costello, The Beat, Echo and The Bunny men and played numerous BBC Radio 1 sessions for the likes of John Peel, Kid Jensen and Janice Long.

Now an established solo performer, Jenkins has over the last year released two singles – ‘The Paris Wife’, ‘Sweet Delpine’ and the instrumental ‘Travelogue’ EP as ‘Midnight In Manhattan’. He is currently working on his next album entitled ‘ Trains’ which is due to be released early next year.

John Jenkins and That Sure Thing have been playing shows in Liverpool recently and are set to announce further dates to coincide with album release.