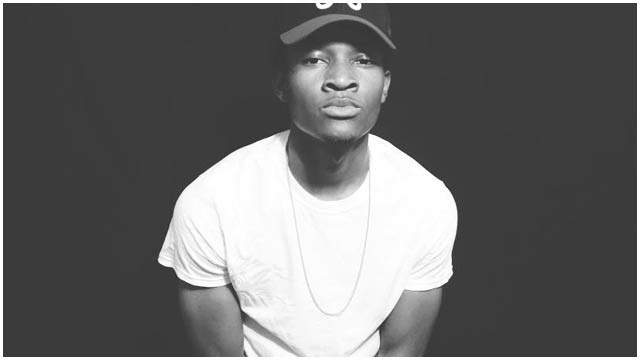 American hip-hop artist Keith More-Fire has announced the release of his new single ‘After Hours’ available now on all major media providers. The latest single from the Jersey born rapper is a catchy hip hop and pop infused track perfect for all generations.

Keith More-Fire first drew attention with the release ‘Far From Home’ a compelling album telling the story of a struggling teenager facing challenging decisions. The latest release was recorded in South Carolina and draws inspiration from the likes of Nas & Method Man, who Keith More-Fire describes as his greatest influences.

The 19 year old artist certainly brings his best with ‘After Hours’ as the latest single demonstrates his creativity to make music that is both interesting and infectious. ‘After Hours’ is available to purchase now on all media providers.

We had a moment with Keith to talk, inspiration, music, future goals and more.

How did you first discover your passion for singing? (Inspirations, etc)

I first discovered my passion for singing as a kid. My mother would play music around the house when it was time to clean, and I would always end up singing. But, it was weird though because the first type of music I was exposed to wasn’t hip-hop or rap. It was more of a rock and pop culture that got my ears, and with the different type of people i’ve been around as a kid.

What have you taken from your inspirations and put into your music/song writing?

From the songs I’ve grown up listening to.  The relationship between the listener and the artist has to be one of the things I saw was valuable. One of the things I think makes any artist receive any type of appreciation from a listener or fan. I wouldn’t say taking that, but more so infusing that into my song writing and story telling makes me feel that people will understand me as a person.

What drove you into creating hip hop and pop infused tracks?

To me, it honestly didn’t seem like one or the other. ‘AFTER HOURS’ isn’t the only song I’ve made with this type of infusion. But, listening to my fans and other friends that make music, they told me that I did create a somewhat balance in between them. You know, Pop is highly recited because of their catchy choruses, and hip-hop is always recited by the catchy story telling or lyricism. Both things I think I am equally good at, so why not make a combination that can effect both masses.

The music industry is an extremely competitive market, what gives you an edge from fellow artists?

I think that my edge is myself. You don’t come across the type of music I do often. Artists nowadays don’t really connect with the listener like they used to. Mostly talking about either guns and violence or weed and other drugs. While most artists can only stick to one type of genre I can go beyond the lines and make a song where rock, hip-hop, and pop can come together and be friends. As a human being, music helps to relate and make peace with one another. If I can get people from different areas to come together as one from the type of music I make, then I think I’m doing a good job at being different from the most.

What’s the story behind your new release ‘After Hours’?

The inspiration came from a talk I had with a friend. I was on a Skype call in my room while she was in college hosting at her college radio station. She said there was nothing worth listening to because all the music she played all sounded the same. I mean, I honestly knew what she meant. “Nothing’s catchy, nothing’s catching my ear.” Nothing pop related was really good to play at the time. So she gave me a song, and the song was Maroon 5’s ‘This Summer’s Gunna Hurt.’ After listening, I felt the need to make a song that had that pop value in it. After Hours was one of the first songs I’ve done this type of infusion with. But, as the time goes, you guys will soon find out that this isn’t the only boundary I am able to cross over to.

If you could collaborate with any artist, who would it be and why?

This is a tough one. If I could collaborate with any artist today; it would have to be Wiz Khalifa or Big Sean. And before anyone jumps the gun trying to understand why, let me say this. Big Sean and Wiz Khalifa are one of the only artists that TRULY did it on their own. Wiz Khalifa doing ‘Prince of the City’, ‘Deal or No Deal’, and ‘Flight School.’ Big Sean doing the ‘Finally Famous’ series, and both artists utilising independent tools to get to the position they are today.  Wiz Khalifa and Big Sean set the standard in my book that anything you want to be done, can be done by you, yourself. Probably going to lean a little more towards Wiz Khalifa though because I feel he can go in and out the lines with genres also. There’s no limit with what he can create, and I feel the same about myself when doing music.

You drew a mass of attention to yourself with the release of ‘Far From Home’ – How did it feel to share your story of a struggling teenager to the world?

It felt good to release ‘Far From Home’ honestly. I have a problem with keeping my music to myself so when I actually put the time together to make an LP I felt that some of the music I already had planned for the album weren’t actually going to make the album. Telling my story felt like a ‘Degrassi’ episode from back in the day. I’m really glad that people can listen to it and point out a lot of its information that they can relate to. I had inspiration from other people around me that guided me to making some of the songs and for those people who know who they are, thank you.

How do you decide which track is fitting for a single release?

I go through this long dramatic pause. About a week of thinking and seeing how each song would propose a different view of how I’m thinking at that moment in life. If that makes sense. Getting into the last two songs I put it in the hands of family and close friends, because at that point to me, it’s a coin toss and I really cannot think which song I should release as the single.

Where would you like to see your music travel to?

Sadly, everything from South Carolina stays in South Carolina. Meaning, no one really takes artists from here seriously. We have a lot of talent hidden here and a lot of dedicated song writers and story tellers that would love to expand, but can’t due to the current boundary being placed on us as a state. For most, they leave and expand their musical dreams outside of this state knowing it will be heard. I would love to see my sound travel outside of this state. Doesn’t matter if I have the whole country on my back, but I would be appreciative if I knew I could attract other people from regions different from mine.

What’s next for Keith’ More-Fire? I have a couple of shows lined up, and I also have a couple of things planned and sorted out for 2016. I just hope you guys are ready to hear of me more and follow the progression in my success.