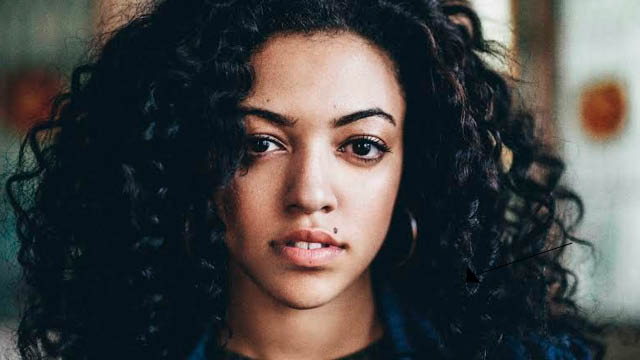 Over at FlavourMag, we want to introduce you to a bright young star – Mahalia. Mahalia was brought up surrounded by music and was already taking up her place on the stage at open mic nights by the age of 12, portraying true performer qualities.

From then on, the singer has continued to rapidly build a reputation within the industry by stunning audiences at popular live events such as Latitude and Electric Picnic and continuing to do so by supporting a variety of phenomenal artists from Emeli Sande to Ed Sheeran, allowing her talent to be picked up on by a mass crowd.

It is super engaging as a member of the audience to listen to an artist who is so profound into the music they make and how the establish themselves as an artist, which is why Mahalia has caught our attention. We have an insight to Mahalia’s first EP ‘Headspace’, which she wrote at the age of just 14 – “When I was 14, I released my debut four-track EP “Headspace” and I remember it being one of the most exciting things ever.

Since then, Mahalia has recently had her vocals feature on Rudimental’s #1 album We The Generation as the guest vocalist and co-writer on the title track. Being the insanely busy women she is, Mahalia has also been developing her own sound. Working with the best of the best producers such as Supa Dups; who has worked with the likes of Rihanna and Bruno Mars, 1985; Drake and Nicki Minaj, and finally Steve Fitzmaurice; Sam Smith and Aloe Blacc.

So it’s now the time for Mahalia to showcase her music to the world and release her brand new EP ‘Never Change’. I’ve been writing and working on a bunch of tunes and I can finally say that the “Never Change” EP is here. I’m so happy I can now share it with you and I hope you get a real sense of who I am and where I’m at!”

We can only predict the best from such an incredible artist and cannot wait for the release of her new EP – which shall be available from December 11th via her very own label ‘Mahalia Music’.

Here is an exclusive look from the EP, a video for her brand new track The Borrowers

Also… If you want the opportunity to see Mahalia LIVE, be sure to catch her at any of the following dates: