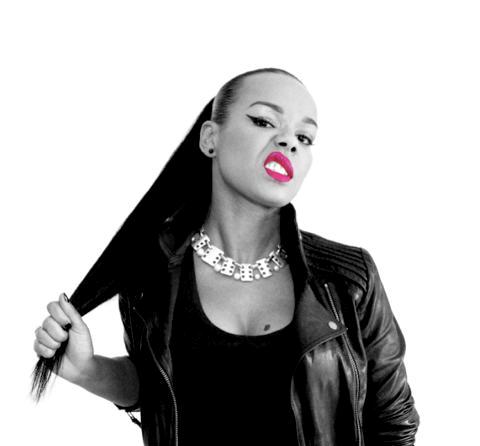 She’s blessed with some bad gal bass and rhymes as well as a supple flow somewhat reminiscent of a British Nicki Minaj — her lyrical attack is raw, uncooked and sophisticated.

Phreeda, is a 24-year-old, French-Ghanaian MC living in Hackney who began singing at 13 before later falling in love with Hip Hop when she first uncovered The Roots, Jay Z and Missy Elliott.

She’s has not been given the nickname ‘Sharp Shooter’ for no reason, in fact her striking spin on wordplay, female empowerment and potential makes this up-and-coming star an stand out rapper from the rest.

Her latest video ‘Gun Fire’ is a straight-up monster tune with some rather heavy rhymes.  Phreeda unleashes her feminine assassin-like aesthetic and penchant for rapping about the opposite sex– and she really takes it to a whole new level. With its stuttering bass, this is bound to get you  guys sweating in a few intimate areas.

She describes her music as “pieces of me that happen to rhyme” and says, “I really just want to pull together a collection of songs that will make people feel powerful and almost invisible when they listen to it. I want to inject energy and ferocity into whoever is listening.”