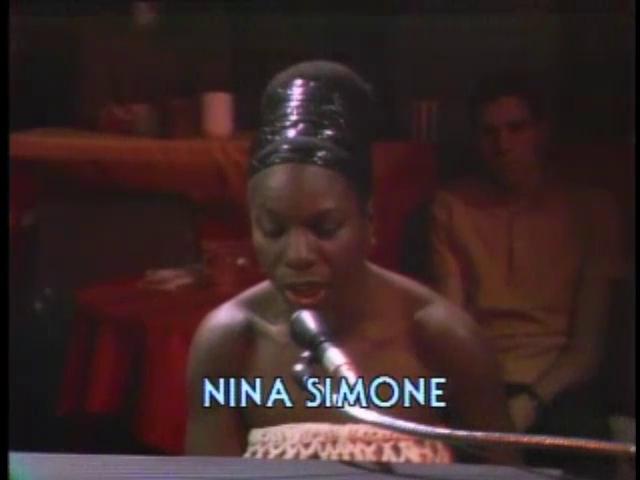 Universally recognized as the daughter of legendary Nina Simone, as a singer, songwriter and performer, Simone appears blessed with the imaginary components required for a ‘big band.’ Possessing the exquisite vocal range of the saxophone, profound melodies of the piano and the innovation of the drums, she is indeed her ‘mother’s daughter’. Described as ‘contagious, with an amazing sense of energy’, she has an accolade of Broadway experience, coupled with the successful 2008 release, ‘Simone on Simone.’

Flavour caught up with Simone to talk about her impending visit to London and how she has expanded on her mother’s legacy, whilst paving a new era for herself.

Simone, you will be performing at Ronnie Scott’s Jazz cafe with Paul Robinson who was one of your mother’s original drummer’s.
Yes. It’s exciting yet surreal, that years later, I will be playing at the very same location that they first met. It will be nice to recreate and expand on history that has already been set in motion by my mother. As a performer, I can walk into a place and immediately pick up on the vibe, I am confident to simply be me and to do the thing I love, so I know we are going to have a good time in London.

As a multi-faceted artist, what aspect of music do you enjoy the most?
All of it! I love to perform and relish the symbiotic relationship that takes place between me and the audience. I view myself, as a catalyst of a journey to music, rather than just a performer. At times, I do get nervous, as my shows are totally unscripted. However, once there, I am not afraid to bear my soul on stage.

Do you think you accomplished the ‘desired effect’ of honouring you mother’s legacy with the ‘Simone on Simone’ album?
I think it accomplished much more than I could ever have imagined, both personally and professionally. Personally, it aided me on my ‘healing’ journey after my mother’s death. As time elapsed and people continued to confirm my mother’s prominence, I reached a stage that allowed me to perform certain songs without feeling tearful or heartbroken. ‘Simone on Simone’ is my life story. All the pictures and songs reflect who I am; what I am celebrating and the legacy that is to be continued with joy and pride. This album is an obeisance and acknowledgement of my mother’s greatness, but also a walk towards my own sunrise and epoch.

You will always be linked to the legacy of your mother and her music career. Has that caused any problems for you?
My perspective is unique. Some people ask how it feels to be in my mother’s shadow, whilst others accuse me of riding on my mother’s coat tails. I prefer to look at it, as a ray of sunshine. Essentially, I’m the only person in the whole world that can call Nina Simone ‘mummy.’ When I get on stage, you will see glimpses of my mother, that’s genetics, but when she was here, I know she revelled in hearing me sing.

Behind every successful person, is another influential and supportive being (s). Who has your back?
I have got some pretty cool people around me. I have a very supportive family and a devoted husband who has walked this walk with me for 15 years. I also have my professional team (Chandra and Lisa) who keep me grounded and help me to be the best that I can be when I’m on stage.

If you could select individuals to tour, duet and have a one-on-one meal with, who would you choose?
Based on talent and personality, I would love to tour with Ledisi, John Legend and Liz Wright. The duet would have to be with Natalie Cole and the dinner, Michael Jackson. I think we have a lot in common as I’m a ‘child of’ and he started as a child star. With small mouthfuls and flowing conversation, we could have been great friends.

As ambassador and executive to your mother’s estate, what projects do you have in the pipeline for 2011?
I am diligently working on my new CD, which I either intend to release this year or at least herald its coming, by releasing a few singles from it. In addition, we will be re-launching the revamped www.nina simone.com website. Finally and this is an exclusive, I am working on a theatrical piece based on my mother’s life, so look out for that!