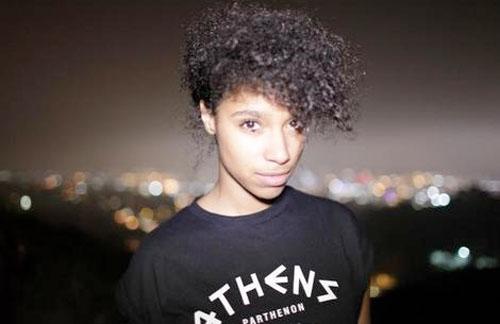 The UK soul scene has traditionally given birth to all kinds of soothing, rich and uplifting talents. Whether it’s the captivating sounds of Adele, Amy Winehouse, Joss Stone or our very own Queen of Soul, Beverly Knight, UK artists have always had a strong presence. Lianne La Havas, well known for her breezy, moving vocals, is now proudly upholding this tradition. Once a backing singer for Paloma Faith, she has already captured the attention of thousands, following a jaw-dropping performance on Later… with Jools Holland last autumn. Flavour talks with Lianne about her rise to fame, the ‘pleasing effect’, playing guitar and wanting to work with Busta Rhymes…

Everything seems to be taking off for you right now, how are you finding your newfound fame?
[Laughs] I’m not sure if I am famous, but it is all a bit surreal at the moment. I am feeling ready now to share my songs with the world. I hate to say it, but I am wondering when it’s going to fall horribly on its face.

You’ve gone from performing as a backing vocalist for Paloma Faith to singing your own songs! It must have been a whirlwind journey?
It all started while I was in the choir at school where I was singing to build up my confidence. I fell into backing singing with a friend who then introduced me to Paloma: I saw how fun it was to be a musician and play shows. I also started playing the guitar at that point, which I found was my preferred message; but there was a lot of hard work as well as a lot of fun. Even when it was hard I stuck at it because I knew I didn’t want to do anything else – singing is what I want to do for the rest of my life.

Do you still see Paloma much?
We’ve been trying for a long time, but both of us have been so busy; but I do still talk to her on Facebook or by text. She is a very good friend and I’m sure we will make it happen.

You’ve received comparisons to the likes of Corinne Bailey Rae and Erykah Badu, but apart from having similar hair, do you think you have much in common?
Well, it’s an honour to even be mentioned in the same sentence as those two – particularly Erykah because I adore her and really aspire to her achievements. I would like to think in 10 years I could do sellout stage shows like her. I generally take the comparisons as huge compliments, because I’m doing what I hope is soulful similar to what Erykah and Corinne are doing. Your music seems to stand out from much of the charts. How would you sum up your sound?
Electric guitar-led, rhythmic finger-picking, with melodies that flow through soulful lyrics about what I have been through.

After your performance on Later… with Jools Holland, you were a main trending topic on Twitter. How did it feel to have such a pleasing effect with your music?
The response was really surprising and overwhelming but absolutely welcomed. I feel that’s what I set out to do in the first place with my music.  Somewhat, I feel as if I’ve achieved that with people wanting to hear my album when it’s released. It was an incredible thing to do and of course meeting Jools meant a lot to me.

While you were on the show you also had your guitar with you, but which do you prefer – singing or playing the guitar?
When I started playing the guitar it really sort of resonated with me, I felt as if it helped me to express myself; but saying that, if I didn’t sing, that would have been a priority for me.

Tell us a bit about your new EP Lost & Found, which is out now.
Well, it’s all in the title, regarding what I said about the guitar and finding myself. It was sort of a process of me getting to know who I am as a musician and then telling everyone the story in a musical form. There is a cover on the EP where I get to show how much fun I’ve had in the studio, but it’s basically a collection of different moods that I was in over the last two years. I also feel really proud of it.

Out of interest, what was the last thing you lost?
The most recent thing was a
T-shirt [laughs]… I literally can’t find
it anywhere.

What are the new singles ‘Age’ and ‘No Room for Doubt’ all about?
First of all, ‘Age’ is pretty self-explanatory, which is about me deciding which path to take relationship-wise, when one boyfriend treated me badly and I had the option to go with someone new who I had a small age gap with. Whereas ‘No Room for Doubt’ is about knowing you are in love, but at the same time that whole concept of love also has its complications.
Will you ever experiment outside the current sound that we’ve come to expect from you? Perhaps maybe a Lianne La Havas rap…
I would so be into rap if I could talk fast, but I actually can’t [laughs]. I obviously love all types of music, and I hope that comes across on the EP. But who knows? Some day I might do a dance record or some hip hop with Busta Rhymes. I am an enormous fan of Busta – do you remember that collaboration he did with Mariah Carey? Well, I would’ve loved to have sung the chorus on that song.

To celebrate our Back to the Future Issue, can you tell us which four people, past or present, would you invite to dinner as your ideal fantasy guests?
I would probably say Nina Simone, Diane Keaton, Woody Allen and
Bob Marley…