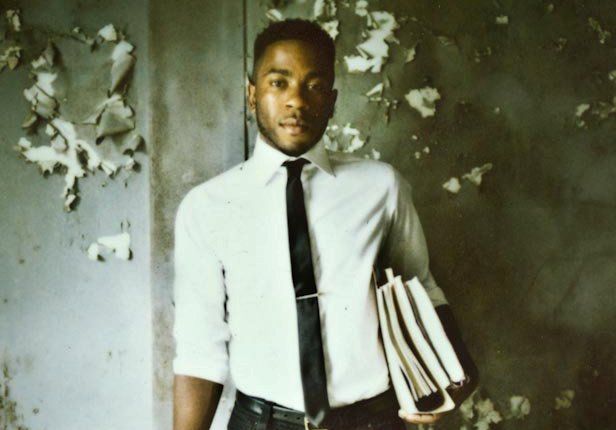 Music enthusiasts all over are now starting to anticipate who will be the next big thing come 2013. Who will have the hard-est sound and dopest record? We believe we may have found that person as we’d like to officially announce our vote for the category of hottest new rapper on the rise.

We may seem a bit hasty given that new artists emerge every day but New York born, producer and rapper, Thunderbird Gerard is rapidly rising in the ranks. We caught up with the rising rap-star to find out more about his sound, he’s favourite ‘Thunderbird’ character, and his thoughts on being compared to legendary rapper Q-Tip.

What’s the inspiration behind your name?

It started with a nickname, “T-bird”, given to me by some friends when I lived in London. Gerard is my middle name. Once I moved to Berlin and started working on this record, CC (who directs all my videos) and I developed the concept from there.  It also had a touch of the old school entertainers and bluesmen of the past which really fit with the visual aesthetic that we were going for.

Out of interest, are you a Thunderbird fan? If so, who’s your favourite character?

[Laughs]… No… To be honest I’ve never actually watched a single episode. Ashamed to say.  I am a big fan of the cars however, the old Ford’s are a classic.  Strangely, my dad just bought himself his first motorcycle — a Triumph Thunderbird.

What’s your family life like, at home are you still the Thunderbird Gerard?

In one way or another I’m always Thunderbird Gerard.  Who I am onstage or in the videos isn’t that far removed from who I am at home. In a way I’m much more open and honest than I ever would dare to be in real life.  I suppose at home I’m a bit quieter. We live a pretty chilled life, hanging out with our dog and friends as much as possible, but we’re always busy working or traveling so it’s never dull.

You’ve lived in New York, London, and now you’re residing in Berlin. Where to next?

Back to New York…I spent a lot of time traveling, trying to find a place that was my own.  I finally came to the realization that home is a place inside.  As long as I’m somewhere with the people I love and my dog… I’m cool. However, seeing as DJ Stickle, my producer, is based in Berlin and CC is half Czech / German there will always be a connection to the city.

People don’t realise that hip hop is big in Germany.  German hip hop has existed for years now and there’s a real culture here, anybody that tours here can tell you the crowds are insane! I was lucky, I met DJ Stickle when I first moved to Berlin.  The dude’s a dope producer, I went into his studio one day with a bunch of demos – and he really understood what I was trying to do.  The whole Thunderbird thing really took shape once he came on board.

So tell me about your latest project. I’ve been hearing quite a lot of hype about your growth. . . .

It’s amazing that so many people have taken to the project this way. We’ve had loads of support at Radio 1 and MTV, and made a lot of good friends along the way.  It’s been great so far and it’s only the beginning.

You’re latest track ‘Thunderbird’ seems to be gaining a lot of attention. What’s the inspiration behind it?

Thunderbird’s just a kind of statement song. DJ Stickle’s instrumental is just so huge.  For days I had this line “yo, I’m like a bird in this muhf*cka” in my head.  I suppose it’s just meant to be a fun song, a banger, but also this idea of just being myself – Thunderbird.  No matter what people thought I should be, or should do, or even who I felt I should try to be – this is who I am.

If you could switch style with another person for a day who would it be and why?

I don’t think I would.  I’ve learned that it isn’t easy for me to look good wearing just anything.  I’ve finally reached the point where I’m really comfortable with what I wear and know what I’m after visually.  If I switched style, I’d have to switch personality, body type… all that.  There’s people with great style that I really appreciate, but I find that usually they look great because they do what works best for them.

You’ve been compared to rapper Q Tip, are you in favour of this?

I mess with Tip, Tribe, Native Tongues etc.  How can you not?  I’m not biting his style so I don’t see being compared to anyone from that era as a bad thing.  They’re the architects of this, so I have to pay my respects.

How would you describe your style and music?

I think of it as “new hip hop”.  It’s still raw but there’s been a huge evolution of the sound aesthetics and social attitudes that exist within the music over the past few years or so.  Its hip hop with a wide variety of influences from having lived in different places and known different people.  I listened to no wave, new wave, post-punk, and noise compilations just as much as I grew up on B.I.G, Big L, Nas, and Outkast.  I’m not the only one and I think this wider perspective is informing the music right now.  It’s exciting to see.

What is the weirdest object you have written song lyrics down on when you don’t have a recording device or a notepad?

When I was younger I always used to write on napkins. Later, when I was a freshman in college, every now and then I would tear pieces off a pizza box in lieu of napkins or scrap paper.  For a songwriter I noticed that I own very little paper and pens.

Is success harder than you thought it would be?

I think success is to a certain degree all about self-perception and being as objective as possible.  Being successful isn’t hard if you’re willing to work for it, but realising that success is something you create rather than something you wish for is a lesson that can take a long time to learn.

We’re heading to Marrakech in a few days to shoot the next video. Then finishing up the first mixtape “Riding With Death’, which includes some amazing collaborations with Olugbenga (Metronomy), Two Inch Punch, James Lavelle, Amanda Ghost, Lunice and a few others.  And of course the album ‘Year I’ is almost finished. Busy, but in this game busy is definitely better than not.