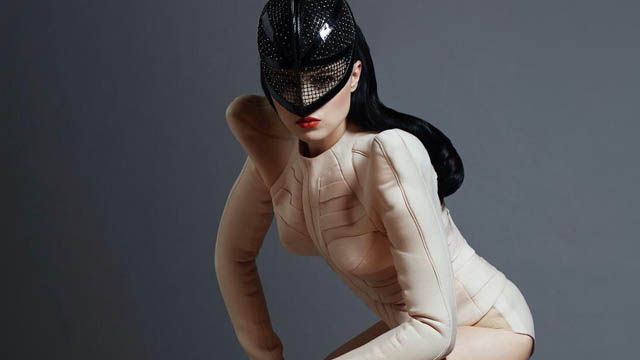 Viktoria Modesta Moskalova is a 26 year old Latvian singer-songwriter and model from Britian who is about to take the UK by storm! Viktoria may not be your everyday model or singer-songwriter as she was born to be different, to take risks! She was Born Risky!

The 26 year old has recently Launched a collaboration with Channel 4 for the campaign “Born Risky” who has announced her as the world’s first bionic pop artist. The campaign is supported by her track “Prototype” which has been released on Spotify for streaming. The video for the campaign was designed and directed by Saam Farahmand which has already received over a massive 1 million views and counting in only a matter of days! The video is brilliantly put together and has a fantastic dance piece at the end which instantly glues your eyes to the screen in amazement! Why bionic? Viktoria Modesta spent most of her childhood in and out of hospitals due to an accident which led to a lasting problem with her left leg. In 2007 she had a voluntary below the knee leg amputation to improve her mobility and to safeguard her heath. Her physicality has now become known for challenging the modern perception of altered beauty. “I have never felt comfortable thinking of myself as disabled and this has inspired me to actively challenge old-fashioned views and create a platform in mainstream pop-culture, with other artists, where I have always known I belonged.”

Her self set challenge includes breaking down some of the barriers that she has had to face when trying to get into the entertainment business, including being pigeon-holed because of her physical condition. Viktoria has stated that in the past she would only get contacted by people who would message her to say that there is a role for an amputee person in this film, isn’t that wonderful? Modesta’s answer would naturally be “Actually, no, it’s not”! Her mission is to make it as a talented equal individual and not to be labeled as a disabled individual. So far her mission is going perfectly to plan and started with her being selected as one of the six best unsigned artists in the UK by Evo Music Rooms which was aired on Channel 4.

“I hope that people who consider themselves disabled realize how much power they have. It’s down to them to present themselves as individuals who believe in themselves and who love life and no one is going to argue with that.”

Have your seen the video? Check it out above and let us know your thoughts. Modesta is not only a singer-songwriter but she is also a model who has already graced the covers of Bizarre and Skin Two. We believe that we need more inspiring people in music so here at Flavourmag we are right behind Viktoria and we can’t wait to see what’s coming next from this incredible woman!