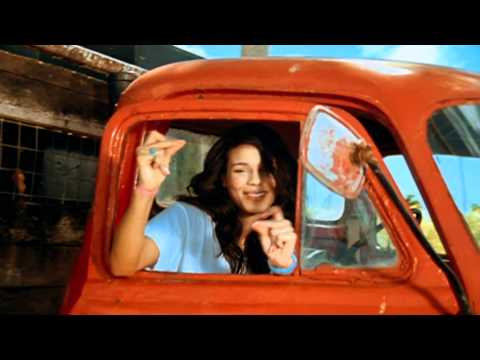 When it comes to breaking into the music industry, it can be a very tough job. However SoundGirl in their debut video ‘Don’t Know Why’ strut their stuff on one of the best Caribbean islands – Barbados – without a care in the world. Waving the flag for UK talent, they’ve already toured with the likes of heartthrob Justin Bieber and Pixie Lott. Sampling the 1980s hit ‘Why’ by Carly Simons, this new girl group have created a complete smash hit, just in time for summer. If you don’t know, get to know SoundGirl as we introduce you to the beautiful trio that make up the group – Little Nicki, Izzy-B and Olivia.

How did you all get together?

Little Nikki: Well, me and Izzy-B went to the same school and we were singing together there and because Olivia went to my older sister’s school, we knew each from there and we just came together.

So how did you get the name SoundGirl, when there are three of you in the group?
Olivia: Well basically, we came up with all these different names and it’s quite hard to find a girl band name. All the things we came up with, we typed up on the internet – there was always already a name for something or someone else. Then we thought of the name soundboy and that word has Jamaican roots – it’s like all the music and djing type of thing. Then we thought why not SoundGirl as we are girls, then it just stuck even though there is three of us.
LN: I think it’s kind of cooler than soundgirls as it’s a bit cliché.
Izzy-B: Plus you wouldn’t expect it [the name SoundGirl].

What does each person bring to the group?
LN: We all bring different aspects of everything.
IB: Yeah, especially as we have very different voices as well.

How do you formulate different tracks and songs together?
LN: When we’re writing it’s three different perspectives on one thing, which makes our songs more relatable as it’s not one person writing there’s three of us.
O: If we were to write a song, Izzy’s good at melodies and then we’ll come up with the lyrics to it.
LN: We’re like one person.
IB: When we do stuff together it just sounds so different form the original idea.

If a fan were to see you live, what could they expect to see at your show?
IB: [Us having] a lot of fun.
O: We also don’t like anyone sitting down.
IB: We like everyone to be up, moving [and dancing].

So if I was to come to one of your shows and I was sitting, you’d point me out?
IB: Oh yeah
O: We’d be like come on everyone, especially you [points in my direction and laughs]

Is it hard breaking into the industry as new artists?
O: I don’t think we’ve experienced the breaking in part yet, because we’ve [just] been to LA and been recording the album but it’s done now.
LN: [Right now] it’s more preparing to break the industry.
O: It’s all the interviews, meeting people and TV stuff.IB: Right now we’re on the edge about to break in.

What can we expect off your debut album?
LN: Loads of stuff.
IB: There’s a whole mix of stuff from acoustic to pop.

Would you want to have worldwide success as opposed to just being successful in the UK?
ALL: oh yeah, worldwide success.
O: because I think in the UK there’s only so far that you can go.
O: but our aim first [off] is the UK.

SoundGirl, ‘Don’t Know Why’ is out now on Mercury Records. Click here to buy the single.