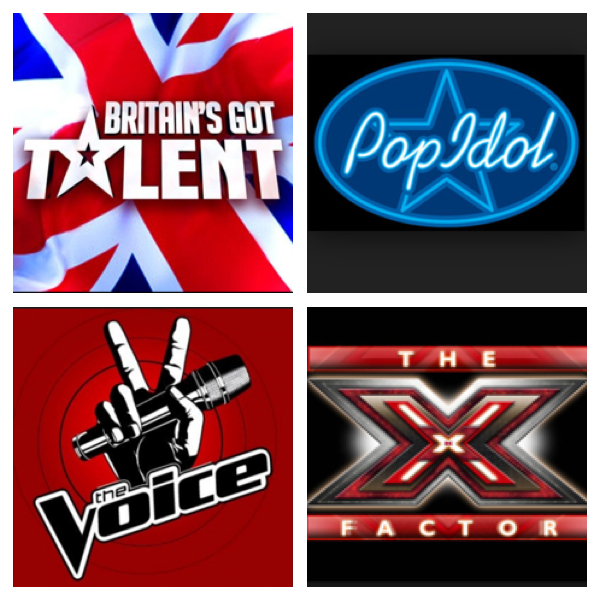 It has become more and more noticeable that nowadays many well-known mainstream music artists lack talent in the most important areas that should be needed for an artist to succeed…vocals and the ability to write! Is a music career just an easy option to reach fame and create a well paid media career?

With too many reality talent shows (I say talent loosely) for me to name or care to mention, is this the perfect route for a quick career in the highly drawn after media business? We have witnessed many career’s start from reality talent shows where the individual/s have not an ounce of talent at all. Take a look at a few joke acts just to come from X Factor alone. It has even been announced that a certain set of twins are officially now millionaires. This is a joke right? Unfortunately not! Other previous X Factor contestants have also gone on to secure high paid careers as presenters and models etc.

The underground music business is full of unknown artists who have more talent than most of these mainstream acts put together. These artists struggle every day grinding on their craft, trying to spot that one chance into this highly popular business. They are constantly trying to grab the attention of that one important person or record label, while some simply wake up one morning and just think, lets start a media career today by using a platform where talent just seems to be irrelevant.

Most of you are probably thinking, why don’t these underground artists just enter these shows. The problem with an artist entering a reality show is they instantly lose their individuality and become a pre made pop star set to achieve one thing…money for their boss! We have all witnessed the few that have auditioned with a personal revamped track showcasing their potential of becoming an artist in their own right. Unfortunately when the single/album is released, its prepackaged with all artist individuality removed as they believe, as a record label, they know what’s best and what will sell.

Moving on from reality talent shows to reality shows alone. Many reality stars have taken a crack at the music business using their pre built fan base to help push their tracks. Individuals from Towie, Geordie Shore, MIC and The Valleys have all tried their luck at a music career. A record label has actually joint forces with them to release music. Insane I know. However dollar signs are simply in the eyes of the record labels. With huge followings on social networking sites and fan bases spamming from the UK all the way across to Australia, the cash must just roll in for these one hit wonders.

What are we allowing to be part of the british music scene? Again I mention the untold amount of ridiculously highly talented young artists in the underground music business right now! All they need is a chance to showcase their talent and artist ability where it is accepted for what it is and not changed or prepackaged. Why not focus solely on the talent and let us be proud of the music that comes from the UK? The music business should not be an easy route to a media career or fame. It should be a business showcasing the talents that the UK really has to offer. It is out there I can promise you but unfortunately it is currently being over shadowed at the moment!

What do you think? Is the music business becoming a joke? Let us known your thoughts below and follow @Flavourmag on Twitter.