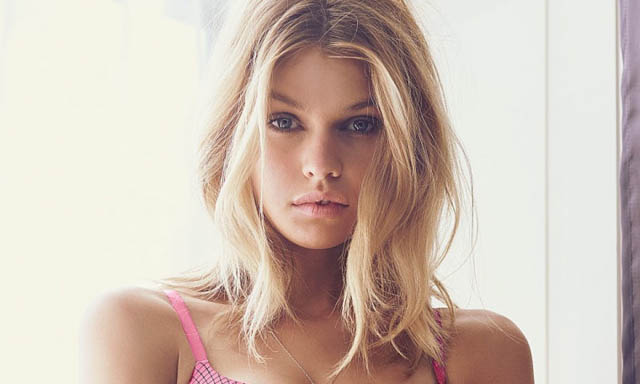 The trending question on everyone’s lips is. Is Stella Maxwell dating Miley Cyrus? If she is we don’t care, actually if she is, we think that’s HOTTT! Rather than focus on whether Stella Maxwell is dating Miley Cyrus, we decided to post Stella Maxwell’s latest photo shoot for Victoria’s Secret. Why? Well its HOTTT! Stella Maxwell who was recently named Victoria’s Secret Angel takes on her new role with a recent photo shoot in sexy lingerie looks. The blonde bombshell wears bra and panty sets, night slips and one-piece looks for the steamy images. With her hair tousled in bedroom waves and understated makeup, Stella is a true stunner in the hot feature.

P.s. Did you know that The Agent Provocateur Sale NOW ON! With up to 50% off