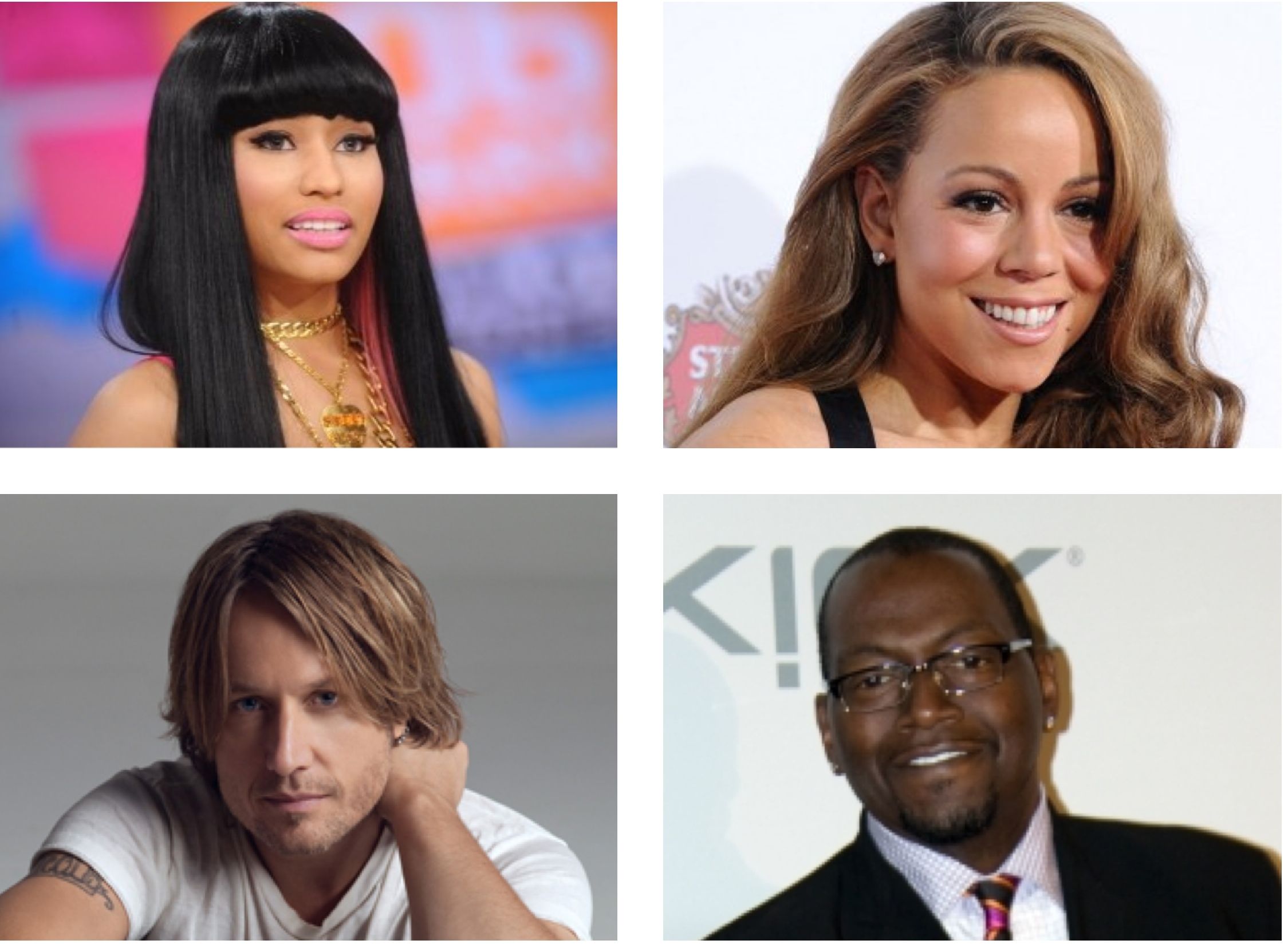 Nicki Minaj and Keith Urban have officially been reaveled as the final two judges on American Idol, joining Mariah Carey and Randy Jackson on the brand spanking new panel. The full line-up was announced – shortly before the start of the first day of auditions in New York – with host Ryan Seacrest posting a photo (see below) of the new gang on his Twitter page to welcome his comrades to the popular talent show. Mariah Carey was the first to sign up for the gig this year, whilst Nicki and Keith finalised their contracts this week to join long time veteran Randy Jackson at the judges table following the departure of Jennifer Lopez and Steven Tyler.

Idol producer Simon Fuller says, “With the exciting addition of Mariah Carey, Keith Urban and Nicki Minaj, alongside Randy Jackson, American Idol’s star power has never been so great.” Season 12 of Idol will premiere in January.