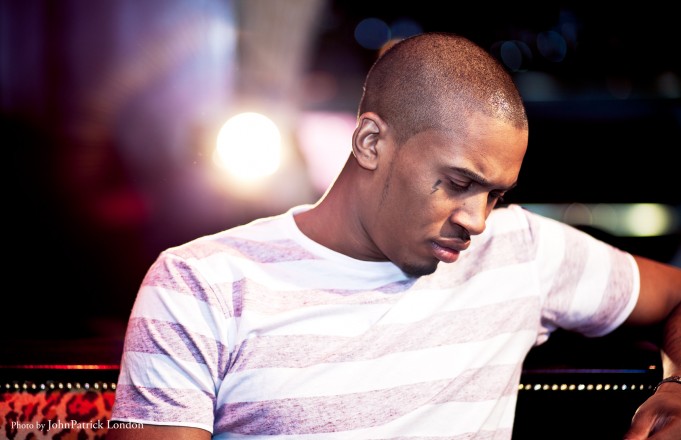 Raising the temperature with his latest release, ‘Work Get It’, Scorcher (aka Tayo Jarrett), UK Grime artist and ‘Top Boy’ actor, speaks to Flavour Mag about music, acting, and his greatest achievement so far!

Taking no days off, Scorcher reveals he’s been shooting the video for the next track from his upcoming EP, ‘1 of 1’, and starts filming for his first lead role this month! Flavour Mag takes a minute to find out more about the man behind the ‘lightning bolt’.

What inspired your latest track and video?
It’s probably that genuine friendship! There’s a vibe we get around each other, not even necessarily when making music – we always have fun! You can’t be friends for so long in this business and not be genuine friends. When we do freestyles people seem to pick up on it, so I just wanted to package that and give it to the people.

I sit down with my friends, Matt Walker (Follow him on twitter @MattWalkerFilm– he’s sick!) and Chance Wilson, he’s a producer. Everybody pulls together; even my management team is involved. We end up making something bigger than originally planned. When everyone is excited and interested in what they are doing, you end up with something that’s so much better – There’s no beating that!

Which do you prefer, Music or Acting?
I like them equally but if I had to choose one, music is my first love. With acting I’m learning every single day so everything’s new, literally! My acting career is in its infancy, at the start of the journey, so everything that happens each day it’s the first time. It’s exciting!

What music influences you?
None! I draw my inspiration from life! I’m at a stage and age where I like any random music. At the moment I’m listening to TI featuring Young Thug, Party Next Door and Youngs Teflon – a rapper from South London.

Who would you like to work with?
Swizz Beats! Calvin Harris! I wanna do something bonkers that’s sick on so much levels (with) the shock factor, maybe creating a new lane of music, a sub-genre (with) someone like Calvin Harris, like Kanye did a track with Daft Punk….Something like that! Tell us about your style…
I’m not trying to be one of the tattoo gang, but I’ve got about 6 or 7 tattoos. I had my tattoos so long ago; now everybody’s got sleeves, legs, their necks. If I could I would take my tattoos back, but I paid for them so I’m gonna get my money’s worth!

I’m not really a brands guy…I steer away from brands at the moment. Whenever you see me, I’m usually wearing bespoke pieces from all different people in the UK…Hubert and Calvin, Curtis Cameron, ADNY. I respect the fashion industry and all the English designers out there trying to make their thing happen.

When we first started making UK music we had to fight just to get everyone to create music with an English accent. Then we had to fight to make videos where it’s not just money ‘n’ bitches, cars and hummers (with) stuff we have over here in this country. I think fashion is the next step. Why are we dressing like other people, when in reality they dress like us? Has fatherhood changed you?
I wouldn’t say it’s changed me… I’d say it’s made me find pleasure in other areas of life. People go out to have fun, whereas when you have kids (you) can stay in and have fun. It adds interest to different areas of your life. I like it… just constantly evolving.

Do you see yourself as a role model?
Not intentionally. I just do what I’m doing and hope I can be a role model. The only advice I have for people in general is to be yourself. In whatever field of work or life you’re talking about, if you be yourself and people like and appreciate that, you’re set for life because one thing you can always do is be yourself!

‘Born to lose, built to win’

What inspires you?
Life itself is inspirational. Say it rains on you six out of seven days of the week and you design an umbrella to stop getting wet. Life inspired you to do that. Life inspires all of us even though we don’t realise it.

When did your dreams become reality?
The most major things were being on the radio and television, being on the television was mad! Because you’re working so hard every day, good things happen but you don’t even have a second to reflect. All you remember is the 365 days of the year and what you did on each one.

What is the secret to your success?
Not really caring (he says with a smile)…trying to take everything in my stride.

Performing across the UK as well as in Tenerife and Ibiza this summer, Scorcher is sure to keep your ears sizzling with sound! Follow him on Twitter @scorcherslife and Instagram scorcherslife.

Watch this space…It’s going to be hot!