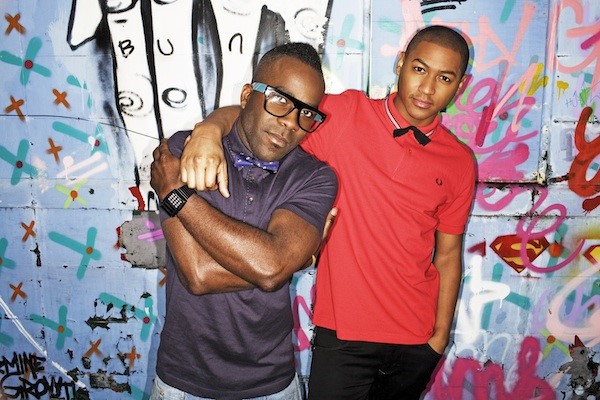 15 February, 2016: ITV has commissioned a high octane weekend entertainment game show, BANG ON THE MONEY, from Thames, part of FremantleMediaUK.  Hosted by KISS FM’s loveable Rickie and Melvin, the 8×60’ will air on ITV primetime from the Spring.

Rickie Haywood Williams and Melvin Odoom deliver a fast-paced, funny and fiendishly difficult game show where contestants need to have a steady hand and nerves of steel if they are to score BANG ON and walk away with a big cash prize.

Two teams work their way through a series of challenges, attempting to hit a specific target; this target is determined by choosing one of nine very distinctive boxes, inside which are numbers ranging from one to nine.  That target number determines what the players must score exactly in a game. Success means that number could be converted into hard cash in the final but failure means a big fat zero instead.

But selecting one of the boxes isn’t straightforward! In a sneaky twist, contestants need to choose who from Rickie or Melvin will win a series of VT challenges. The team that backs the right guy will be in control of the selection of the boxes and the target numbers for the next game. The first rounds are all about winning three individual numbers from the boxes – the higher the numbers – the higher the potential prize money. At the end of these rounds, those numbers are converted into cash. The team with the most money, go through to the BANG ON THE MONEY final where they will need nerves of steel, perfect timing and co-ordination if they are to take home a big cash prize.

Rickie and Melvin said: “We are both over the moon that BANG ON THE MONEY has been commissioned! It’s been an absolute dream working with the whole team on this project and we’re so excited about doing the series.”

Suzy Lamb, Head of Entertainment, Thames and Executive Producer: “BANG ON THE MONEY is a fast paced, game show hosted by two of the hottest new presenters, Rickie and Melvin. Their distinctive banter and energy married with challenging games, delivers a show with laughs and guaranteed sweaty palms as the stakes get higher and higher.”

Peter Davey, Commissioning Editor, Entertainment for ITV said: “We are all very excited by BANG ON THE MONEY and by the prospect of introducing the fresh faces of Rickie and Melvin bang into ITV Peaktime. It was one of those rare run throughs where we had so much fun with the boys we commissioned more immediately.”

Rickie and Melvin are looking for young and fun teams of 3 friends to apply for BANG ON THE MONEY now, with auditions taking place this week.