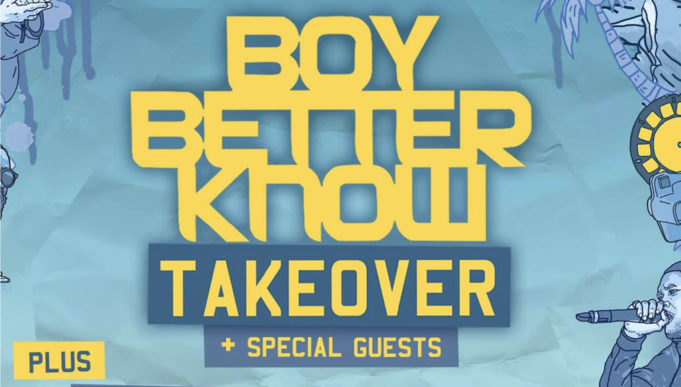 The artists will be joining BBK for an epic all-day festival which celebrates culture and music in the grime collective’s home-town, and will also feature five-a-side football tournaments, roller disco, gaming events, cinema and to be announced pop-ups from some of BBK’s favourite food spots.
The ultimate cultural takeover with the best of British and international talent descending on London’s O2 Arena for one day only, on Sunday 27 August.

Also hitting the stage is hip-hop sensation A$AP Rocky. One of the most influential names in urban music today, A$AP Rocky’s last album ‘At.Long.Last.A$AP’ sold over 500,000 copies and was named as one of the albums of the year by NME, VICE and Time Out.

Grime and rap maven, Chip, has also been added to the line-up. Responsible for some of the biggest grime breakthrough hits over the past decade, Chip will be on stage performing some of the tracks that have made him a household name.

Underground legend Donae’o, who recently collaborated with BBK’S JME and Dizzee Rascal on his single ‘Black’, will be performing tracks from eagerly anticipated new album ‘Sixteen’. One of the godfathers of UK garage and Grammy winner Todd Edwards will be bringing his amazing sampling style to the takeover – a truly unmissable set.

An exciting international addition to the lineup is the originator of Afro-Trap, Parisian rapper MHD, who will be bringing his unique style of heavy drums, layered synth and African-influenced music and lyrics to the takeover.

New UK bass powerhouse TQD (made up of Royal-T, Flava D and DJ Q), DJ Tim Westwood, rap and grime pundit Ghetts and producer/rapper/director CASISDEAD will perform alongsideR&B songstress Mabel and South London’s rising rap star Ms Banks, who shot to fame with her ‘Fire In The Booth’ performance in 2016.

Names including Suspect, President T and the legendary Slimzee have also been added to the bill alongside Apple Music Beats 1 DJ Julie Adenuga who will present ‘Back 2 Back’ a set of the freshest, newest emerging talent from Kojey Radical to Cosmo Pyke and Slowthai and many more.

BBK’s one-day festival, which celebrates culture and music in the grime collective’s hometown, will also feature five-a-side football tournaments, roller disco, gaming events, cinema and to be announced pop-ups from some of BBK’s favourite food spots; the only way to spend August Bank Holiday.