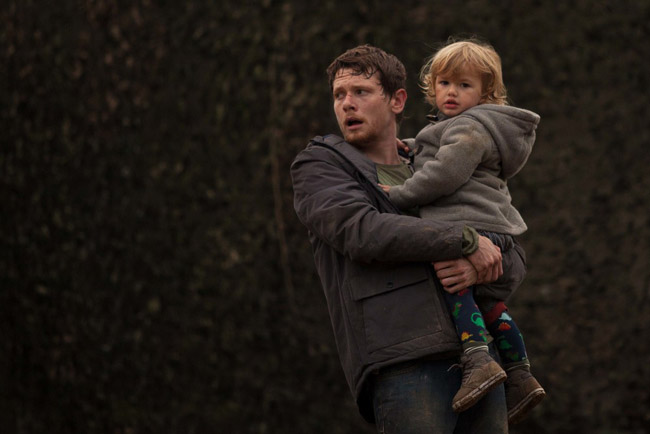 Jack O’Connell and Holliday Grainger have teamed up with Director Daniel Malloy to produce Home – A Short Film delving into the lives of Refugees.

Intimate and touching the film reaches for a truth through its absurd premise of reversing the refugee journey. HOME depicts the breakdown and rebuilding of trust and love amid the horrors of war and migration. We witness the realities and trauma of being refugees as within the family, roles of leadership and bravery are passed from one parent to another.

A family, led by their confident and caring father (Jack O’Connell), heads out on what appears to be a holiday. However, it slowly becomes clear that they are in fact leaving the security and safety of a leafy suburb to cross Europe and make their way into the middle of a war zone. As they travel the father’s reassurances ring hollow as under great stress the father buckles and the mother’s (Holliday Grainger) strength takes over.

Written and directed by BAFTA-winning director, Daniel Mulloy (BABY, ANTONIO’S BREAKFAST, DAD), HOME aims to remind the viewer that refugees are just like you or I – fathers, mothers, sons and daughters – for whom the meaning of the word “home” has undergone a traumatic re-evaluation.

HOME is supported by Open Society Foundation-London, USAID, United Agencies in Kosovo and UNHCR among others.