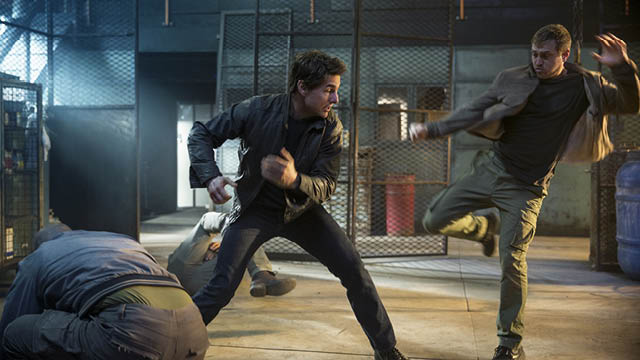 To celebrate the UK release of JACK REACHER: NEVER GO BACK in cinemas 20 October you’ve got a chance to win a fab film JR Goody bag!

Major Susan Turner (Cobie Smulders) is the Army Major who heads Reacher’s old investigative unit. She is arrested for Treason and knowing that she is innocent, Reacher must break her out of prison and uncover the truth behind a major government conspiracy in order to clear their names and save their lives. On the run as fugitives from the law, Reacher uncovers a potential secret from his past that could change his life forever. Based upon JACK REACHER: NEVER GO BACK, author Lee Child’s 18th novel in the best-selling Jack Reacher series, that has seen 100 million books sold worldwide.

And to celebrate we’re offering you a money-can’t-buy bundle of Reacher goodies, a phone case with a hidden cardholder, an emergency road-side kit bag, a hoodie and a power bank. All you have to do is answer the question below, easy!

Send your answer, along with your name and address to comps@flavourmag.co.uk and be sure to write ‘Jack Reacher’ in the subject header. Winner will be chosen at random on October 25th 2016. Good Luck!

This prize is non-refundable