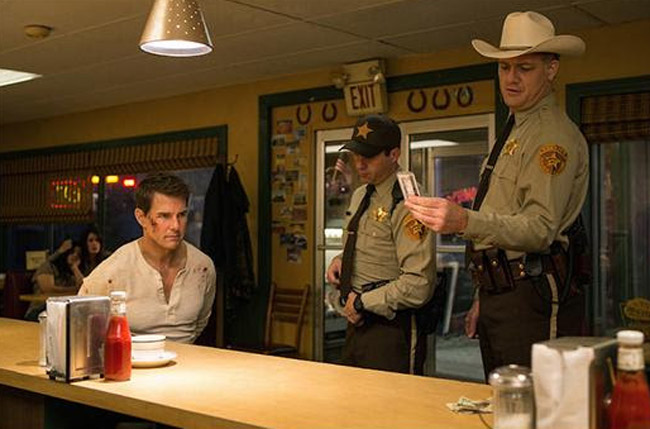 Back in 2012, the decision to cast Hollywood high-flyer Tom Cruise as towering and built ex-army major Jack Reacher wasn’t met with unanimous praise.

At 5 ft 7, Cruise certainly doesn’t reach the heights of 6 ft 5 Jack Reacher. But the author of the current 21 book spanning novel series featuring the character, Lee Child, hinted that the casting team ticked all the boxes with Tom, except the height, calling to question with some confidence, that it could work.

Unfortunately, Tom’s first adventure in the 2012 adaptation didn’t fly high. Not managing to break $100m in the States, the film was nowhere near the success of other Tom Cruise fronted franchise Mission Impossible and it’s most recent fare. It came as a big surprise to all when a sequel, based on the eighteenth book in the series, was announced. But with the book being described in the New York Times as ‘exceptionally well plotted’ and ‘full of wild surprises’, it seemed a good formula for some success off the back of Cruises’ big outing in Rogue Nation and the fact that the Jack Reacher name was now out there in the film world.

It seems though based on the NY Times quote, that a lot got lost in the adaptation to the screen. The plot of the film follows Reacher as he returns to the headquarters of his old military unit where a colleague has been accused of espionage. And it doesn’t really go anywhere else.

After helping Major Turner (played by Colbie Smulders, in the best effort with the slightly too limiting role she was given) escape lock-up, both are on the run, with little urgency. The characters obviously want to avoid the military who are after them, plus some shady unknowns trying to take them out; yet there’s never any true thrills or sense of imperativeness to be vigilant (Turner logs into her email in an internet cafe with a very late acknowledgement that they will be instantly tracked, plus no stop to change out of her identifiable army uniform.)

Threaded within this chase is the revelation that Reacher may have a daughter. Not soon after Reacher is told this news do those hunting him down obtain the intel and attempt to use her as a pawn in the game. However, as Reacher’s potential daughter, the fearless, thieving 15 year old, Samantha, manages to avoid the bad guys in time for Reacher and Turner to pick her up and attempt to keep her safe, which as military majors, are surprisingly clumsy at doing and she basically looks after herself.

It’s hard to enjoy a film that’s problematic in this way, especially when audiences have a plentiful choice of clever, well-written and thrilling action films out there. Fans of Jack Reacher and Tom Cruise may see the appeal but the film does nothing to keep new audiences interested.

Jack Reacher: Never Go Back is out in cinemas October 21st.