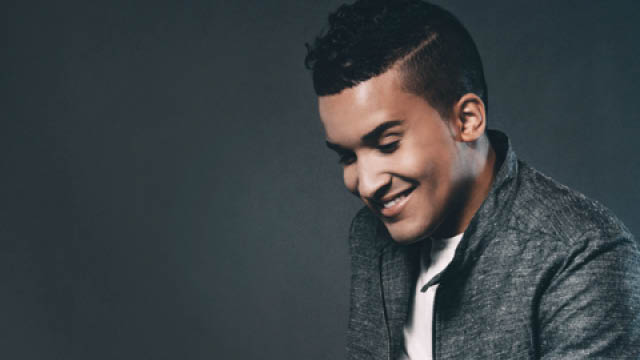 X Factor runner up Jahmene Douglas is unleashing his brand spanking single ‘Is This The Time’ July 22nd 2016 and the release of his new album ‘Up’ later this year.

Jahmene Douglas who won over the hearts of the nation after coming runner up to James Arthur in the epic final is back with a new look and an ever so new sound.

Jahmene’s debut album ‘Love Never Fails’ entered The Album Chart at #1 in 2013 and we are expecting big things for his new 2016 release.

‘I have been paired with some incredible people. This album wasn’t ever something I was going to rush and it hasn’t been easy. Each person has understood that and helped me create this labour of love allowing it to be everything I wanted.’

Jahmene has a naturally soulful voice in addition to an outstandingly impressive vocal range that continues to wow audiences everywhere. Jahmene has been spending time in the studio honing his own sound and writing about what matters to him.

Spending time in studios across the globe Jahmene has been collaborating with some of the most revered names in the industry such as Diane Warren (Whitney Houston, Mariah Carey, Beyonce), Sacha Skarbek (Adele, Duffy, Miley Cirus, Jason Mraz), Electric (Little Mix, Rhianna, The Wanted) and Jim Beanz (Timbaland, Chris Brown, Dru Hill).

‘This somehow feels like my debut album. I’ve lived and breathed these songs. These are the songs, emotions and sounds that have been stirring in my heart ever since I was young and I’m so grateful that I can now share that with you all’.

Jahmene is signed to a new independent label Moonshot and excited about introducing this album to his fans and the industry. By design Jahmene has had much more creative input and has co-written many of the tracks including his first single ‘Is This The Time’ alongside Max Marshall and Electric.

The track showcases his breath taking vocals with a haunting opera style intro inspired by the futuristic opera singer in the film 5th Element. The album version of the track features the distinguishable voice of Samuel L Jackson. After a chance meeting in London Jackson became a huge supporter and asked Jahmene to perform at a charity event. And so a friendship between the two began.

Go to www.facebook.com/TheOfficialJahmeneDouglas see more and buy ‘Is This The Time’ on itunes now