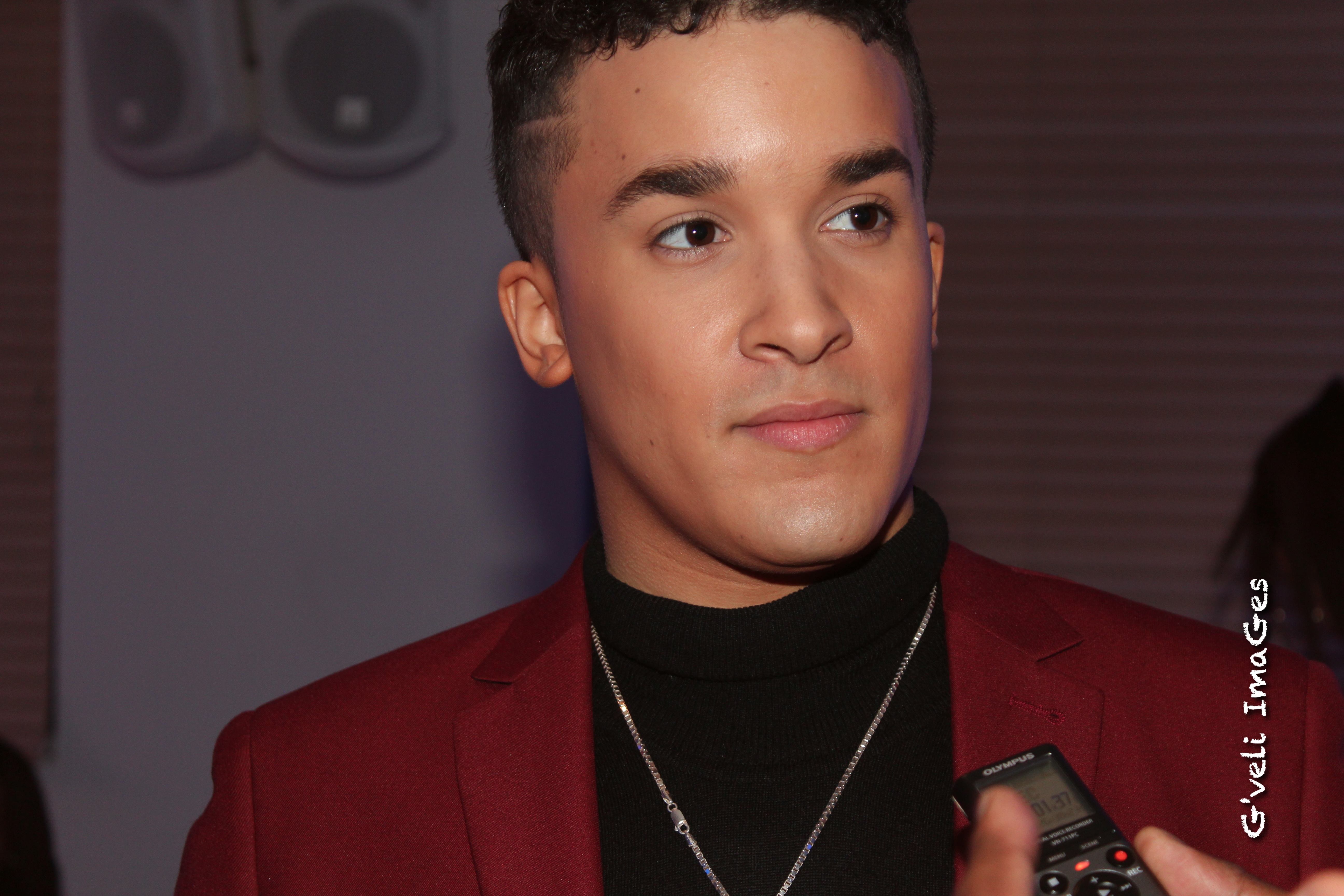 I am not a big X-Factor fan and while my friends will literally drop the phone mid conversation because they hear the booming voice of Peter Dickinson announcing the judges, I have no such addiction. The most I do is flit in and out over the series maybe watching five minutes here and five minutes there. I was however aware of the story of Jahmene who went from a person who seemed over-whelmed to be a contestant to a contestant who pushed for the top spot and eventually started to come out of his shell.

Well fast forward a couple of years and when I get my opportunity to interview Jahmene Douglas at Wembley for the RnB Superstars show  (which had names like Faith Evans and Kelly Price in attendance) he is nothing like his X-Factor persona. He’s a confident and engaging character who has a great sense of humor. Decked out in a red blazer, hair-cut immaculate and holding court with a number of people one including Leigh-Ann Pinnock from Little Mix– he definitely has star quality. Indeed the portents are good. Virtually every act or band that has come second at the X-Factor has eventually eclipsed the winner in terms of success: JLS, One Direction and now maybe Jahmene Douglas who is avoiding any self-implosion activities.

Jahmene is certainly bright and apparently a little wiser than his twenty two years. He has clear ideas regarding music of today but more significantly he has clear ideas about his own musical journey and it definitely not about staying solely in the pop lane-it’s Jahmene but not as the X Factor knows him!

So was the 90’s a golden age of RnB for you and indeed why was it?

Faith Evans and Kelly Price are indeed class who edges top spot for you?

For albums it has to be Faith but for the voice it has to be Kelly she is amazing she kills it. That last single Tired it’s up there vocally all the way through.

And what about RnB is it indeed RnB?

You cannot call it RnB anymore-Beyonce to me is not RnB. The thing is people will not push RnB anymore. Being in the record industry I know they go by a formula now, One Direction is a formula. They try and find the same thing over and over they are not trying to find a singer or singers anymore.

I obviously have to ask about X-Factor so what are your thoughts?

I would just say that X-Factor is a machine it is a conveyor belt of an artist. They are just trying to find the same thing in an artist that works and makes money. They are not going to go for a roots or a soul singer in England-if Beverly Knight cannot do it then how can Jahmene they go with the pop thing most of the time?

So what is on the cards for you musically right now?

I am writing a lot now. I have had the X-Factor cover album and I am putting that to rest and moving on doing the serious stuff. I am working with people like Andrea Martin who wrote the track Don’t Let Go (1996) for En Vogue and Stanley Brown who has worked with CC Winans so I am trying to get that sound. I am trying to get the American production and get away from the pop sound and into new things, so it will be great when my fans can hear my new music.