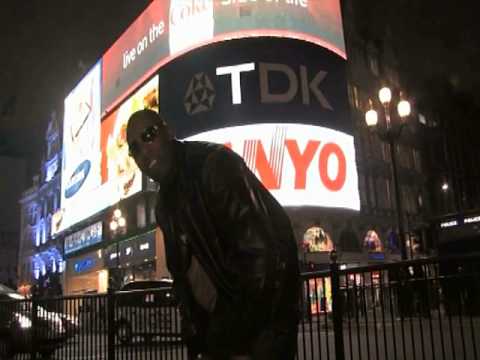 Elijah Kerr is better known as JaJa, a member of one of South London’s most notorious street gangs, PDC. From an early age he was surrounded by violence, gun crime and has been to jail on numerous occasions. While in prison JaJa initiated a business plan to earn a legitimate living through music, it was then that the record label Public Demand Cartel Entertainment was born. JaJa has since published a tell all book Street Boy and his album of the same name aims to showcase himself as a positive rapper striving to break down barriers, shake off stereotypes and become a successful businessman.

PDC was dubbed as “a new movement of street music”. You’ve achieved a lot more than music. Tell us about these achievements?
PDC are now a ‘creative movement’ who are involved in media and business projects; our clothing label is out soon. Our new book is out and we’re working on the film which is based on the book, it will not glorify violence but will show the true pain and real emotions of the streets.

What is the new book Street boys about?
The book was ghost written by myself and reflects the journey of PDC, and how we struggle with stereotypes within society. The writer Tim Pritchard was a fly on the wall in our lives for the past 4 years; he gained an insight of gang life and tells our story from his angle as well as ours.

How would you like your book to be received by mainstream society?
Hopefully it will show them that we’re not all bums, and we can produce something positive. They set a low standard for us to maintain, but we’re legit now and raising standards.

What music projects are in the pipeline?
The new album Street Boy is out now, and I’m trying to get a distribution deal both here and in the US. We’re all working on our solo projects at the moment.

What drives you to make music at the moment?
I document everyday life through music, I incorporate everything that I’ve been through; it’s like my diary.

Where do PDC fit into the UK music scene?
We make real, emotional Hip hop music and we are NOT urban. I hate the term ‘urban’ it’s so manufactured, it’s a fake term used to categorize street music.

PDC has remained an ‘underground’ crew surrounded by negative press. Do you strive to be accepted by the media?
I strive for PDC to be a mainstream name and not just known for violence and negativity, but unfortunately mud sticks and it’s a label we’re trying to shake off. Through our music and businesses we will inject positivity into society and the lives of the underprivileged. We’re working on PDC as a music company, no longer just a street crew.

How did converting to Islam change you?
I turned to Islam when I got out of prison; before that I was out of control.
Islam gave me the discipline I needed. I read books about it and converted when I travelled to Egypt.

What would your motto on life be?
Do you! Don’t follow peer pressure, look inside yourself and be what you want to be in life.

Tell us something that no one knows about you?
[Laughs] I still watch cartoons; my favourite is Ice Age part 2.