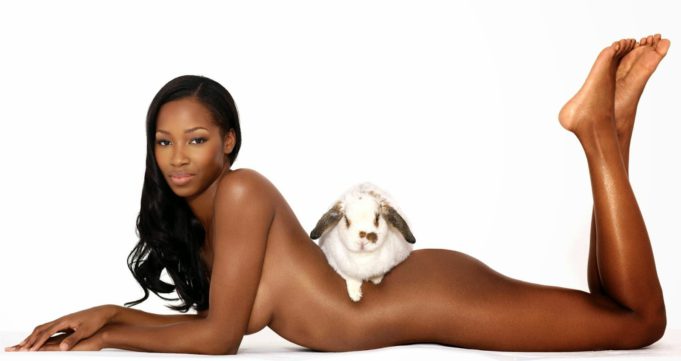 Stunning singer and model Jamelia has had a whirlwind of a year. The gossip columns have been full of stories about her break-up, make-up and engagement to Bristol City footballer Darren Byfield.

She signed a £100,000 contract to launch a new Tony and Guy hair care range Model.Me and released a greatest hits album. On top of that she moved from London back to her hometown Birmingham. Having spent the last ten years topping the charts worldwide in the music industry Jamelia no longer has the security of being on a record label as she didn’t renew her deal with Parlophone. Instead of being scared of what’s around the corner she’s excited to have the freedom to explore new challenges. What are they you ask? Well, you’re about to find out.

Moving into film
Being a gorgeous and talented singer, songwriter and model isn’t enough for Jamelia now she is adding acting to her ever expanding resume. “I’ve been offered parts in two films,” she says, eagerly wanting to explain more. “One of them is really exciting. I play a stripper, but, you don’t see me strip,” she adds. “I’ve also been offered parts in two West End shows. Rent is being revamped and I’m going to play the part of Maureen who’s a lesbian.” This is a role that she would take over from Denise Van Outen. “Again that’s really exciting as it is territory that I don’t know. I’ve also been offered a part in Chicago as well, which I would just love to do. Being the first black Roxie Hart would be a great achievement. It’s just timing really as to whether that will happen as you have to do it for a minimum of 6 weeks and rehearse for a month before. With anything that I do I want to put a 100% into it and I want to dedicate that time.”

That’s exactly what she did with her new hair care range Model.Me. Once Tony and Guy approached her and supermodels Erin O’Connor and Helena Christensen to collaborate with the product the 26-year-old put her heart and soul into making sure that it was perfect. “I was personally testing out the gel for weeks. First it was too soft then it was like rock and I tested out the shampoo and damn near ended up bald. I used all the products myself and every last thing down to the smell was my choice. In the end we got there and I think you feel much more connected to the product when it’s yours.” Model behaviour
Model.Me can be purchased from Boots nationwide making Jamelia happy that she doesn’t have to journey to the ‘heart of Handsworth’ to pick up her hair products anymore. As she sits there talking wearing a black dress and looking as effortlessly beautiful as ever it is easy to see why they chose the slender starlet to front the campaign. Jamelia’s incredible figure shows no sign of having popped out two kids and claims: “Genetically, I’m quite lucky. I eat like a pig and don’t really put on much weight.” Many women will be envious on hearing that comment and women who seek the holy grail of having a size 8 to 10 figure will be left in disbelief as Jamelia states, “I’d love to be a size 12, but its just not happening for me. I’d love a big bottom.”

If she had more junk in her trunk who knows whether she would have been chosen to present this years Mobo’s with Shaggy or model for Pretty Polly, Reebok or Model Me. Although she is photogenic and has the frame of a model the singer is still surprised that they chose her in the first place. “Helena and Erin are supermodels,’ she states as if the world didn’t know this already. “The other person should have actually been Naomi Campbell but they chose me and I’m honoured to be fronting the campaign so I just hope it gets supported.”

Still making music
With her increasingly packed schedule will we ever hear another fabulous song from the star? Setting the record straight she bluntly says: “Just because you don’t have a record deal doesn’t mean that you don’t record. I’m working with producers now that I would never have had the chance to work with previously,” and she’s eager to work with the likes of John Legend and Timberland.

Another thing she’s getting the chance to do is spend more time with her family since they brought a house and moved from London back to Birmingham. “We wanted to be close to our families as London will never feel like home to me and I want to be able to go to my Nan’s on a Sunday and see my best friend who lives around the corner.”

She also admits that she didn’t like the way her 6 year-old daughter Teja was talking. “She was loosing her accent coming home saying ‘mummy, mummy’,” she says laughing at her attempt to mimic a London twang. “I hated it,” says the star who is proud of her Birmingham tone. She also prefers the school’s there.
The star confesses that it was an easy decision for her and Darren to send her two daughters Tiani and Teja to private school instead of state because: “I always remember my mum saying if I could afford to send you to private school I would. And I’ve definitely seen the difference in education and I’m just like any mother I want the best for my child and I’m in a position to provide that.”

She may have enough money to put her kids through private school, to pay for a house for her mum in Jamaica and her new Audi Q7 but she says the thing she is most happy about is that: “My Nan, aunties and best friend don’t treat me any different from how they did 10 years ago.I’m just being treated normal. “Cos I am.”

Superstar Memories – Jamelia celebrates ten years at the top by sharing a few of her memories connected to tracks from her greatest hits album Superstar – The Hits.

Money
I have such amazing memories of this song. It was my first performance at Mobo’s and even getting to perform on stage with Beenie Man was amazing. Colin the guy that produced the track didn’t tell me that Beenie Man was going to be on the song. He knew that I loved Beenie with all my heart and when he came back from holiday in Jamaica he gave me a CD and I thought it was some bashment. When I heard it was my song with Beenie Man on I couldn’t believe it.

When it got really popular and went to number 5 I got to perform on Top of the Pops and the Mobos and my biggest regret is not thanking Beenie Man in my Mobo Award speech.
I was gutted about it then and I still am now, 10 years later.

See It in a Boys Eyes
This was the beginning of me venturing into other forms of music and expanding my musical knowledge. I’d definitely say that it was a real education working with Chris Martin. Some one who before that point I wouldn’t have picked up one of his albums to listen too. I was quite ignorant to other forms of music and was only interested in Hip Hop, RnB and Reggae. Nothing else! Just before working with Chris as he was on the same label I picked up one of Coldplay’s albums and I thought that it was quite good and was honoured when he asked to work with me a few months later. It’s good to know that no matter how big of a star you are you’re just still a normal person. He didn’t come in with an entourage it was just him and his piano. Gwyneth Paltrow comes into the room and is there just chatting about anything and nothing and I’m there wondering if this is really happening.

Superstar
Superstar was definitely the first big hit that I had. I always say that Superstar was my passport because that song got to number one in so many places and took me all around the world. I got to go to New Zealand and Australia and you know black people don’t really go to Australia and it was one of my favourite places. I went to Thailand and Japan, all over Europe to places that I never even knew existed.

Thank You
Thank You was a song that was written purely for myself and to say anything that I would never dare to say to Terry. It was a therapeutic song. I wrote it because I wanted to get those feelings out. Little did I know that it would have the impact it did. It was my highest charted song position in the UK. Although it’s unfortunate that so many people could say that they can relate to the song I’m really happy that people reacted to it and people were able to speak about it. This Morning and GMTV were speaking about this topic because of my song. I do feel glad that I made it and that a taboo subject was brought to the forefront in the media and especially when that wasn’t intended. It wasn’t even intended as a single. It was just a song for me. It was after the release of Thank You that my album shot up the charts to number 4. That made me happy.