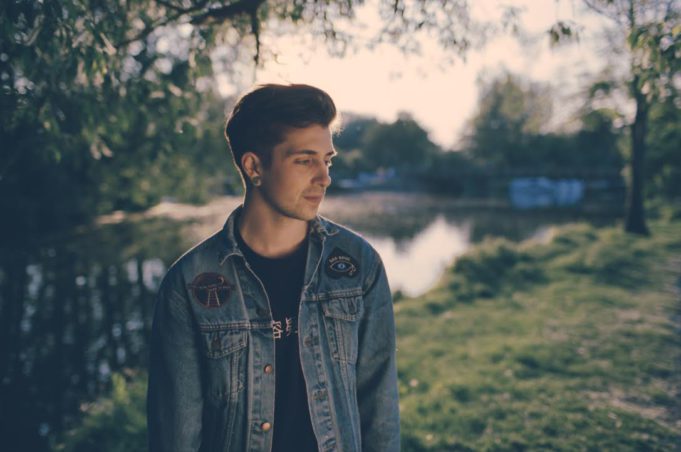 English singer-songwriter James Walker is set to release his debut album on Wild Native Records on the 17th November 2017.

‘English Bones’ was produced by Sam Winfield (Amber Run, Dry the River, Supergrass) and features ten tracks including ‘Lullaby’, ‘Weathered’ and the current single ‘2009’. Available at all the major outlets, the album is a brilliant collection of songs that Walker has created over the past eighteen months and the songs cover issues of identity, nostalgia & celebrity stalkers.

Having extensively toured Europe as a pianist, co-writer and collaborator for Adam Barnes, James set his sights on creating his own work informed by his experiences of love and heartbreak, to finding identity within the LGBT+ community, to recovery and rehabilitation from a rare heart condition. Inspired by artists such as Conor Oberst, The Weepies and Damien Rice and drawing on the influences of Foxing, Pavement and Tigers Jaw, James has performed over 200 shows in the past year over the UK, EU and USA.

Walker, who has just completed an extensive two-month tour of Europe with Matt Phillips and Judy Blank, will be heading out once again for dates with Adam Barnes this November. James will also be returning to the USA to tour the East Coast in support of the launch of Matt Phillips new album next Spring.