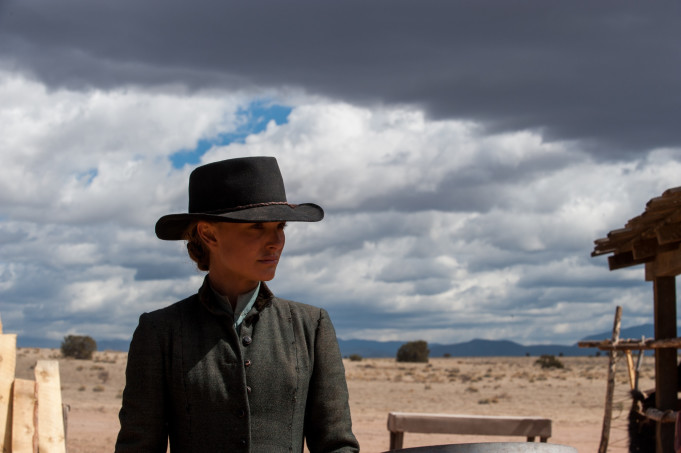 Feminists rejoice, In Jane Got A Gun, Natalie Portman proves that woman can be just as bad ass as their male counterparts as she dons a shotgun and blows off the head of any man trying to get the better of her.

Unfortunate for the Western movie lovers, however, Natalie Portman’s portrayal of a horse riding no-nonsense woman who will do anything to protect herself and her family does not make up for the fact that Jane Got A Gun is as dull as dishwater. The fire it so desperately needs doesn’t rear its head until the last half an hour when our heroine takes on the big bad Bishop Boys and gives them a gun toting beating. But by which point you will have switched off completely leaving that feeling of not having any interest in the outcome of any of its characters. Jane is a young mother, living out in the barren lands of New Mexico during the times of the Civil War, Her husband Bill (Noah Emmerich), bedridden after being riddled with bullets by the Bishop Boys, a gang of highly dangerous individuals headed up by a black haired Ewan McGregor. A gang in which they have been on the run from for many years after Bill turned his back on the gang when he took a shine to Jane. At this point, we have no idea why it unfolds painfully slowly throughout the film in flashback sequences exactly what they have done to cross the paths of these villainous animals.

Under no illusion she can’t fight these men alone she seeks out Dan (Joel Edgerton), a bitter man with a drinking issue who reluctantly agrees to help when these men finally show their faces. It’s obvious from the very onset something has gone on between the pair which has left Dan a broken man who borders on that fine line of love and hate for this woman. This is another part of the story that reveals itself in flashback form. The pair were once deeply in love with Edgerton playing the role as the romantic type, a complete role reversal to what we are usually given. What falls between these scenes that build up the backstory of our main characters is nothing of any note, we watch as both Dan and Jane build homemade bombs and place them around the property and generally prepping themselves for the big battle that awaits them. The script is dull and there is simply no drama or plot of any substance to suck you in. One can’t help wonder if even the original cast of Michael Fassbender, Bradley Cooper, and Director Lynne Ramsey could have done any better.

Jane Got A Gun is out in UK Cinemas April 22.