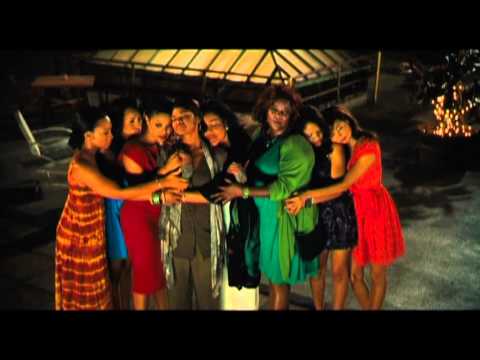 Released on 10th December and with a positive reception from Flavour readers about the film, we caught Janet Jackson (character Jo) talking about ‘For Coloured Girls’ in this interview.

She’s very tough. She’s not kind. She doesn’t want to be reminded of her past – how she grew up, where she grew up, what it was like – and she just wants to look towards the future and what she’s focused on now, which is really her fashion magazine. That’s her baby, that’s her life, her work is and her husband. On developing her character:

I’ve basically tried to stay away because that’s the way my character has been.  She keeps her distance, like I said, she wants nothing to do with that world, that life, so I’ve kind of stayed away even if we were on set all together, just kind of stayed in my own little bubble, just to stay in character and keep that feeling, that energy.

It’s really about bonding to me – for Alice and her children, for myself and Crystal, for myself and Juanita, for Kelly and the women – it’s just about really bonding and having a connection and this community, this group of women coming together and really being there.

I haven’t done a lot of films with a lot of women and both times it’s really been a wonderful experience and it doesn’t always turn out that way from what I hear, so I’ve been very fortunate.

On shooting in New York:

You can find this story in several communities in different parts of the world, but I love the fact that it’s in Harlem, that it’s in New York. It puts a different twist of flavour on it. And just with the play being here and Ntozake and everything basically was born from here.

It just incredible what she’s done. What was it, 1975? And she turned this all into a play and poetry, and it being on Broadway and an award winning play. Just being part of it being made into a film is special. The play was a hit on Broadway and I hope the same happens with the film as well.

On the colour of her character:

I’m red and it’s a strong colour. It’s a hot colour. It has a lot of fire. It does take on Joanna’s character, she’s very strong.  But you begin to see her vulnerable side, her vulnerabilities, and I think that colour represents that a great deal.

On what audiences can expect:

They’re going to be very shocked at where this takes them and it’s not a happy place, it’s very deep and dark. I think they won’t be quite prepared for the journey it will take them on. But, once again, it’s learning about the lives of others. And there’s somebody in there that you know – that you can relate to or find yourself in.

Janet Jackson also features on the main title song on the For Colored Girls soundtrack. This CD is an all-female affair with 13 tracks from some of the greatest female music stars. With music from acts including Leona Lewis, Macy Gray, Lala Hathaway, Janelle Monae, Estelle, Gladys Knight, Zaki Ibrahim and Laura Izibor. The record also includes a remake of Nina Simone’s “Four Women”, with vocals from Nina, her daughter Simone, Laura Izibor and Ledisi. For more information visit: www.forcoloredgirls.com