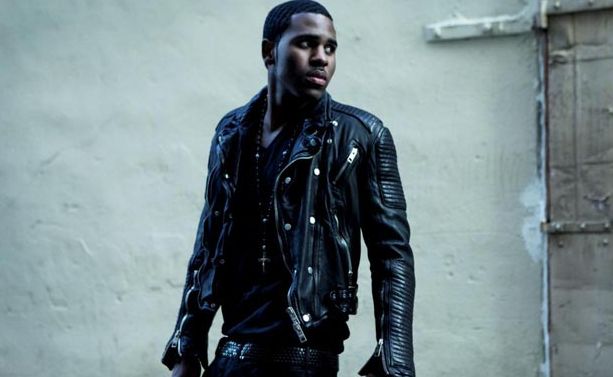 With over 12 million single sales to his name, there’s not very much you can say to introduce Jason Derülo, who’s been dubbed ‘the new king of pop’. He can sing, dance, act and has even written for some of the biggest names in music. His self-titled debut album features five chart-smashing hits, including ‘Whatcha Say’, ‘Ridin Solo’, ‘What If’, ‘The Sky’s The Limit’ and his first UK number one single ‘In My Head’.

The enormously talented R&B/pop superstar, famous for his smooth vocals and infectious songs, was in town recently and took some time out of his busy schedule to talk to Flavour about his rise to fame, working with Pixie Lott and why he doesn’t mind people singing his name.

Your journey into the spotlight has been pretty incredible. How would you describe your walk to fame and where you are now?

Well, the time has been very steady in terms of me building up my skills. I have always wanted to work on my craft, which is to improve and become more accustomed [to being] on stage. From a professional perspective, the journey has been quite rough in terms of getting people to believe in something that was not the norm – being an African American, labels were like, ‘Why are you making music like this?’ ‘How are we supposed to market this pop music?’ So, I guess I was the first black male artist to come out as a pop artist and not straight R&B, which, as you can imagine, took a while for people to wrap their fingers around.

At 16 you wrote songs for the likes of P Diddy, Sean Kingston, Lil Wayne, Pitbull and Cassie – how did that experience help you in writing your own material?

I mean, that was in a different sense, I was just writing songs rather than just being an artist. The experience helped me to write all sort of songs and not just for a specific kind of genre. I guess that’s what made my singles special as they were all totally different from the last. I believe as an artist you have got to keep people guessing on their toes because no one wants to hear the same songs over again, they want to be excited about something new.

It is quite impossible for anyone to ignore your catchy melodies, but how do you feel about people constantly singing your name?

I think it is awesome. It was something that was really unexpected, as I didn’t necessarily think it would become such a big thing. It’s pretty huge when someone says my name and at the same time you hear them singing the melody.

You’re a choreographer, singer, writer, dancer and actor. What next – President of the United States?

[Laughs out loud] I was planning to run for president, but I was too busy trying to get my campaign together. Next up, though, it’s my second album, which I am really excited about, because in the past two years I have grown more than I have ever grown in my entire life. I have learnt a lot as an artist, a singer, a performer, and even as a man. This album [Jason’s debut] is a total representation of who I am and is my greatest accomplishment yet. I put my heart and soul into it as it’s really special to me. You recently recorded a duet with Pixie Lott. What was she like to work with?

It was awesome. She’s an absolute sweetheart, the experience was great and also really fun. I look forward to working with her again.

What’s it like being a modern-day celebrity, where you’ve got girls fighting to take your clothes off?

It’s not something that you can get used to, but it’s definitely an everyday thing. The concept alone is pretty mind-blowing. I write songs and make music in my own time, and to think that the world is being so understanding of the music I write is really inspiring. I just want to continue down this fame path – even though it’s not about the glitz and glam. For me, it’s more about making good music, which is what I want to continue doing.

Obviously you’re a very busy guy, but a question a lot of your fans want to ask is if there’s a Miss Derülo in your life?

No, there isn’t; I am still riding solo.

You’re well known for your swagger, which is always on point. Are you pretty hands-on with keeping control of your image or do you have a stylist?

Yeah, I do, as I can’t really go out to the mall, which means I have to rely on people to help me out. I will never put on something that I absolutely hate. Whatever I put on has to be something that I feel swaggerlicious in, and if I’m not swagged up, then I won’t put it on.

Your brother inspired the story behind ‘Whatcha Say’, then you had something stuck in your head that you wanted to be ‘Ridin Solo’ and suddenly started asking the question ‘What If’… What can we expect from your next single?

[Laughs] That was dope. The next single will be from my new album – I haven’t announced the title yet, so stay tuned to my Facebook or Twitter. However, do expect a great sound, which is what I always try to bring to the table.

Having enjoyed the amount of success that you have had with your debut album and singles, do you feel any pressure to match the same achievement on your next album?

I feel no pressure at all. It is more exciting than anything to have this platform to share the music I love. My first album was a solidification, saying, ‘Hey, I’m Jason Derulo.’ My second album, though, is something far more than that.

You recently tweeted on Twitter, while at the BRIT awards, that someone famous wee-weed on your shoes…

[Laughs] I needed to use the restroom while at the BRITs, so I went along and was handling my business… Over here in the UK you don’t get separate urinals, so this dude comes next to me and starts peeing everywhere. I then tried to get away from him by moving to one side, but a little ends up on my shoe [laughs]. There was no escaping the pee.

If you could share a sauna with a famous celebrity, who would it be and why?

Madonna, because I think we could get pretty kinky and also because I am a big fan.