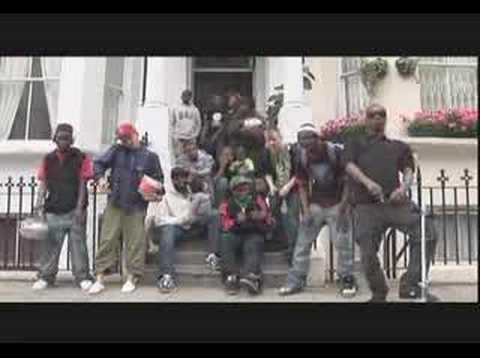 Jason is not your typical comedian; Jason trained as an actor for 6 years at the Anna Scher Theatre and also has a degree in International Tourism Management. The multi-talented actor, writer and comedian burst onto the UK comedy scene only a few years ago. Since then, he has gained critical acclaim from his hit spoof video ‘Black Boys’ (a parody of Bashy’s Black Boys) and more recently ‘Too Many Weave’, with Daniel Kaluuya, which has already received over 200,000 hits online. Jason’s natural ability to make people laugh, is apparent on The Jason Lewis Experience; a unique presentation of sketch comedy at its best, looking at real life issues with a humorous twist.

Jason has also worked as an actor and writer for the new BBC sketch show Down the Line (created by BAFTA award winners and UK comedy heavyweights, Paul Whitehouse and Charlie Higson), as well as the BBC sitcom Miranda. I sat down with Jason to discuss his thoughts on the UK comedy scene.

So Jase, what made you decide to get into comedy?
I was always a bit of a cheeky kid back at school and loads of people used to tell me how funny, so after a while I started to feel a little frustrated as an actor struggling to break into the industry, so I decided to make my own way in.

Who would you say are your inspirations?
That’s easy, Richard Prior, Eddie Murphy, Dave Chappelle, Chris Rock. And people like Noel Clarke, who has been such an inspirational person for our generation I think.

What else do you work on besides comedy?
I’m originally an actor. That’s what I do first and foremost. I’m a writer as well, and consider myself a comedian last. Its just worked out this way.

What other profession do you think you would be working in if you weren’t a comedian?
A lumber jack chopping wood [laughs] I’ve got a degree in International Tourism, so maybe something to do with that. Or working backstage or in the background in the industry. Somehow. Someway. [laughs]

What are your other interests?
I used to play steel-bands actually, like in a proper group, and we used to play at the London Carnival for several years [laughs]. We used to travel across to Trinidad and compete in steel band competitions and stuff.

What do you think is your best joke?
Urm… I tell more stories than jokes really. They’re more like anecdotes.

What’s the best joke you’ve heard that you wish you had thought of?
Eddie Murphy’s “Ice Cream” joke – that has me in stitches every time.

Do you remember your first gig?
Oh yeah! It was in 2003 down in South London [laughs to himself as he recalls] It went so badly, and to make things worse was that I had to wait in the crowd that I bombed in. But then I went away, and came back better in 2006, where I did a bit at Kojo’s Comedy Club in Corks. That went so much better and was well received. Kojo even called me to congratulate me.

For your fans, where would we be able to catch you next?
I’ve just finished working with UK comedy legends Paul Whitehouse and Charlie Hison for BBC programme Down The Line which will air on BBC2 in the Autumn. I’m working in the second series of The Jason Lewis Experience and I have a few projects I’m working on as well. I’ve just released my new video of ‘Too many Weave’ (a parody of Boy Better Know’s Too Many Many) with actor Daniel Kaluuya.

How do you think you have developed as a comedian?
When I first started I think I came in ‘imitating’ others and following what I thought worked. But that failed miserably. But then I hustled and I struggled to get where I am. I eventually found my own style and did my own thing. I just do me now.

What do you think makes you different from all the other comedians around at the moment?
I’m not afraid to do something different. I think alot of comedians stick to safe jokes, the ones that always work.

What do you think of the whole UK comedy scene at the moment?
There’s a lot of talent out there but there’s still a lot of room for improvement. A lot of what’s out there at the moment is very similar and I think that could restrict our progress into the mainsteam.

Do you think the UK comedy scene has changed much from a few years ago?
There are a lot more comedians on the scene. I think there are more comedians from African desent now, whereas a few years ago it used to be mainly West Indian/Caribbean. Its not a bad thing… because it helps me to stand out from the rest I guess.

There are so many comedy shows at the moment. Do you think the markets becoming saturated?
Definately, yes and they are all the same! Each show offers the same things, so they’re not different.

How do you think can we change this?
We could do with more female comedians, I think. There are only a hand full around at the moment, like Ava Vidal, she’s funny!

The comedy scene has sort of boomed in the last 5 years, why do you think it has been so successful recently?
I think a lot is down to the advances of technology and internet. Last year I didn’t do a single gig, yet my name was still out there. People can upload and download their work for people to see. Word spreads and you reach wider markets and all without leaving your house.

What would you change about the industry?
Crooked promoters [laughs] There are so many promoters out there who have entered the game for the money, which makes the industry a bit harder to work in.

What do you think the UK comedy scene is missing?
Comedians need to be more open-minded. We need to bring more issues and topics to the audience. I think they’ve heard it all before.

Why do you think that American comedians are more successful than English comedians?
They tend to be more fearless than UK comics. You see them on stage and they’re saying things that people wouldn’t dream and still get a positive reaction.

Would you go to America to be successful?
hell yeah!!! [laughs]

A lot of American comedians like Eddie Murphy, Chris Rock, Chris Tucker, Jamie Foxx, even Richard Prior went from stand-up, to movies and some even music. Where or which industry would you like to move in to?
I’m an actor first but I think that it’ll be a natural progression for me. To be a comedian I think there’s a bit of acting involved anyway. I’d love to own my own production company one day a la Noel Clarke.

What’s your advise to any other aspiring comedians out there?
Be yourself and don’t be afraid to be different.

Jason Lewis is currently working on the second installment of The Jason Lewis Experience with the BBC, and is due to begin filming for a role in the BBC sitcom Coming of Age.