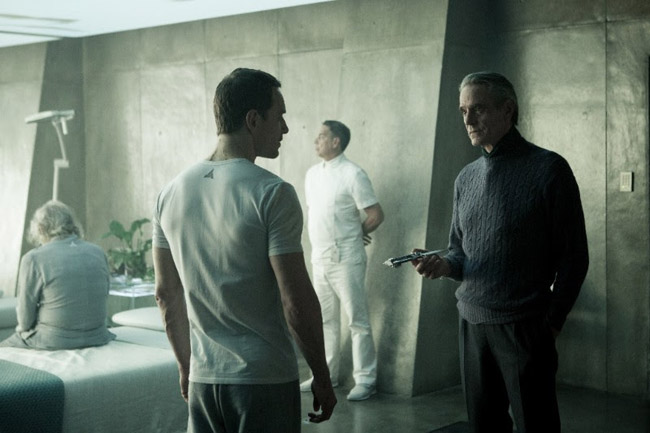 Another new clip has been released from Assassin’s Creed which stars Jeremy Irons alongside Michael Fassbender.

In the clip, entitled Father’s Blade, Irons seems to delicately torment Fassbender over the Knife and witnessing his own mother’s death.