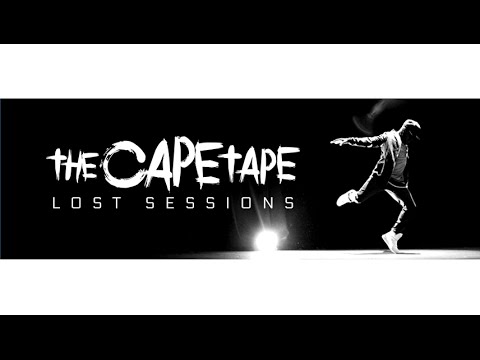 The UK Prince of R&B is back yet again with another amazing body of authentic original work, which is current, refreshing and just what the UK music scene needs right now.

What I appreciate and respect so much about Jermaine Riley as an independent artist, is that he writes, arranges and mixes all of his own music. Even down to digitally designing all his own album artwork. It is all quite emotional for me because I used to assist Jermaine’s management with his promotion and public image as an artist, and his drive is so commendable, as he continues to push his music, which he has an undeniable passion for. He deserves so much. Many of us remember Jermaine as the lead singer of UK boy band FDM, aka Fundamental. Almost a decade later after going solo, Jermaine has never given up on his dream, having already produced 3 impressive mixtapes and an acclaimed album, as well as working with the talented Cherri V as half of the duo act Dora Martin. Jermaine’s current 5th release is here! Expect nothing but greatness, with someone so passionate about his craft and ability, I have to reiterate that there is and has always been a perfect gap in the industry for a male R&B artist. That is, Jermaine Riley.

Where do I begin with The Cape Tape: Lost Sessions, having listened to the album all week, since it’s early release, all I can say that it is just pure genius from start to finish. Expect collaborations with Jermaine’s Dora Martin co-artist, Cherri V, his brother Shaun Riley who also boasts a smooth tone and impressive vocal ability, British rappers Ghetts and Che Lingo, UK singer/songwriter Terri Walker and American R&B star Eric Bellinger. The mixtape, which sounds more like an album, features skilful personal renditions of Jermaine’s own written songs over instrumentals from a range of decades, beginning in the 90’s, which were my personal favourites – Shai “If I Ever Fall In Love” (on “Satisfaction”) Tupac Shakur’s “Keep Ya Head Up” (“Bae”). Listen out for Drake “10 Bands”, Chris Brown’s “Fine China”, and Brandy’s “Wildest Dreams”. “Rolling Stone” and the interlude “R.N.B.” are insanely good, and I have a strong feeling that one of Jermaine’s inspirations, Usher would be in awe if he heard this. This is clearly someone who is now a pro in the industry, a great role model, so hardworking, and has matured over the years in many ways. The project is bang on! You won’t be disappointed, and you may also know that Jermaine has been known to slay over the original version of a song! Ha! Now, that’s natural talent, no?

Saving the best until last Jermaine has recently shot a visual for the entire project! The Cape Tape: Lost Sessions Video has been creating major waves across the internet now that the world can once again see his no-holds-barred approach to performing in Part 1 of the clean cinematic video, co-directed by his brother Shaun Riley. Featuring Cherri V, and a brief yet adorable cameo from the newest member to his family, nephew Monroe, Riley’s #TCTLSvideo showcases why he’s one of the most underrated artists on the scene, who’s dancing and showmanship force one to recall the likes of Usher and Michael Jackson.

The 6 minute noir visual is a must-see and viewable on his YouTube channel. Can’t wait for Part 2!