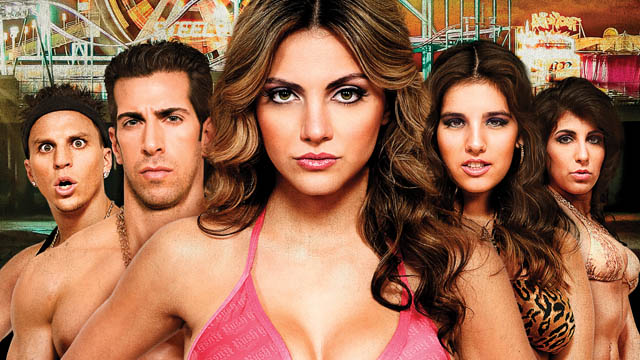 When Teresa and the girls leave their suburban New Jersey salon for a weekend of sun and sin down the shore, they are blindsided by a bizarre twist of events that catapult them from the sands of Seaside Heights to a secluded house deep in the New Jersey Pine Barrens.

Frightened by stories of the legendary Jersey Devil, the local population of Pineys and a giant dim-witted neighbor, the girls eagerly return to Seaside Heights where they hook-up with five fist-pumping delinquents who incessantly disrespect all with their reprehensible behavior. As day turns to night, the group converges at a Seaside bar where they are soon ejected for inciting a dance-floor brawl. With nowhere else to go, the group retreats to the house in the Pine Barrens for a night of carnal delights. Blinded by their selfish pursuits, the group remains unaware that their long outstanding debt to humanity is about to be settled – with their lives.

One by one, the body count soars as retribution is exacted at the hands of a mentally-deranged killer with much more than just an axe to grind.

JERSEY SHORE MASSACRE hits cinemas August 22nd, then onto VOD August 26th. Check out the trailer and let us know if you’ll checking this sucker out at the end of the month.