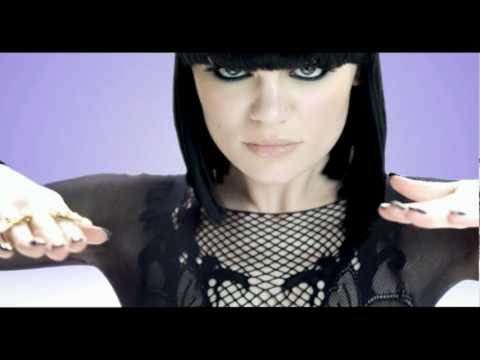 The awesome Jessie J is back with her second single ‘Price Tag,’ featuring U.S rapper B.O.B. Again she shows her incredible vocal skills and quirky ‘Katy Perry-esk’ style as she plays up to the camera with her great sense of humour.

The message of the song is her anger at the obsession people have with money and material things. A great concept for a song in my opinion but the video in some ways contradicts this.

The video starts with a giant teddy bear with one arm ripped off and a lullaby style beat. Then we see a young girl supposedly a young Jessie sitting next to it. This shows that she is singing about something she’s been passionate about since she was a kid but maybe the fact the teddy is broken could indicate her morals may now have been broken too?

However her lyrics are hard hitting with phrases such as: ‘When the sale comes first and the truth comes second.’ and ‘why is everybody so obsessed? Money can’t buy us happiness.’ She definitely has a point that our society is becoming very image and money driven.

Yet I can’t help but wonder why then in her video she has several wardrobe changes, showing her in very trendy (and I’m assuming expensive) outfits? Surely if she thinks it is not important she may have gone for a less fancy video? Either way she looks amazing and I guess she wouldn’t be Jessie J if she didn’t show off her eccentric, bright style.

Apart from the various clips of her in a number of breathtaking outfits, there are the scenes of her as a turning ballerina in a jewellery box and as a puppet on strings. This brilliantly shows her ability to laugh at the industry she is in and show herself as a doll/puppet of the media.

Not to get too controversial but there is a lot of conspiracy surrounding the music industry and the involvement of the Illuminati (an outside group who invest money and control the media). To cut a long story short, many images and hand signs are believed to be symbols of their involvement and Jessie manages to be another artist to throw these up. I find this strange when she is singing about being against exactly what those hand signs stand for and wonder how much she knows about what she is doing.

Also a funny contradiction in the video is Jessie sings at one point about people being mysterious wearing shades all the time. But when rapper B.O.B comes in for his part, what is he wearing? Shades. Funny that. Putting the criticisms aside, his rap is actually very real as he explains that his passion for music would come before money.

The video has many interesting visuals of Jessie holding a giant price tag, being curled up in a dolls house, holding a broken doll over one eye and sitting on a big chair. Along with a few dance clips and her well known gem covered lips, this video really grabs your attention. The chorus is catchy and sends a positive message and all in all, this single should definitely top the charts.