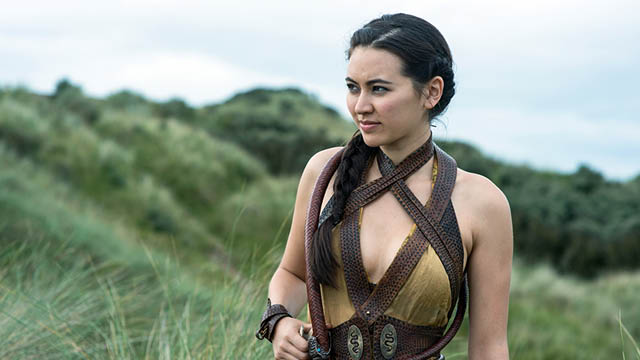 With Netflix releasing the official trailer for Marvel’s Iron Fist which will launch globally on Netflix on Friday 17th March, 2017.  We take a look at one of the lead character Jessica Henwick who plays Colleen Wing to remind ourselves, where have you seen her before.

Billionaire Danny Rand (Finn Jones) returns to New York City after being missing for years, trying to reconnect with his past and his family legacy. He fights against the criminal element corrupting New York City with his kung-fu mastery and ability to summon the awesome power of the fiery Iron Fist.

Jessica Henwick is a British actress, who you may remember from Game of Thrones when she plays Nymeria Sand one of the bastard daughters of Prince Oberyn Martell, the Sand Snakes alongside Natalie Dormer and Nathalie Emmanuel.

Jessica also starred as Jess Testor in Star Wars: The Force Awakens and played the character of Bianca Mankyo in Fortitude.

In Marvel’s Iron Fist, Jessica Henwick plays the role of Colleen Wig, which she also’s plays in the TV series The Defenders.

Did you know that Jessica Henwick attended Redroofs theatre school? Previous students include Kate Winslet, and Dani Harmer and she is also a member of the National Youth Theatre of Great Britain. Previous members include Daniel Day-Lewis, Dame Helen Mirren, Ed Westwick and Orlando Bloom.

This page will be updated with further information as and when it’s released, so keep checking back.