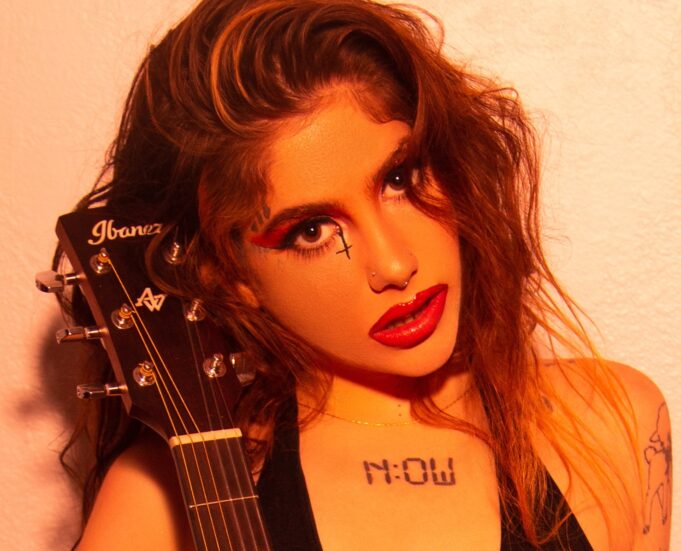 Living her best life as a rockstar, ‘2U 4ME’ is the debut EP from Jewlzie.

All about manifesting your dreams and self-expression, ‘2U 4ME’ is raw and organic and distinctively hers. “I want to inspire people around the world to live their best lives through my brutally honest songs that speak to the darker reality of human existence,” explains Jewlzie who fuses elements of trap, rap and the gothic. Brimming with originality, Jewlzie has also released an official video for ‘Blue Tesla’ which contrasts spirituality with sensuality.

Growing up as a dancer in New York, Jewlzie has always been a creative soul. Moving to Los Angeles to pursue her creative dreams, she has become known as a fashion and tattoo icon. Her debut single ‘Creeps’ was released earlier this year and has already amassed over 14,000 streams on Spotify.

Though having to deal with many issues along the way like heartbreak, family struggles and fake friends, Jewlzie has always found solace in music and creativity, and at the age of only 19, she has found an authenticity that we just love!