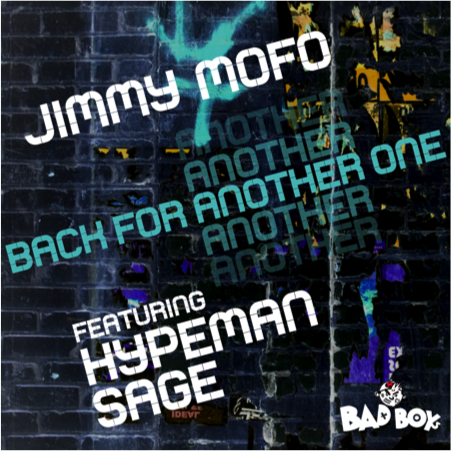 Jimmy Mofo rose to prominence as one half of the Beat Assassins (with Wooz, of Sigma) and has produced under the guise of Koshii for trap/808 productions. His 25 years as a DJ have seen him play across the world with regular festival appearances in Russia, Australia and America.

2014 sees the launch of Jimmy Mofo as a solo artist promising many collaborations and an exciting schedule of releases, first up on Bad Boys Records “Back For Another One” features HypeMan Sage.

Back For The Another One” is a powerful grime release with Sage waxing lyrically about the inevitable ‘chainsaw massacre’ of a free bar!

The remix package is equally as powerful and hard kicking as the original. CODE:MANTA is your man for all things Bass. He started writing and recording at a young age and has his feet firmly cemented in the synchronisation world, writing and remixing for global pitches.

Electro-Rock band Calling All Astronauts have bought their signatory big guitar sounds to this package. Such sounds that have seen them rocket to dizzy heights on the big stage, supporting for the likes of Pop Will Eat Itself, Roger Daltrey and A Place To Bury Strangers to name a few.

North London DJ N:Fostell has remixed for some big names over the years including Wiley and Jason Derulo. He brings Deep House vibes to his take on this track.

New boy on the block President Beatz rounds up the remix package nicely with his slick, toe tapping, Hip-Hop interpretation.