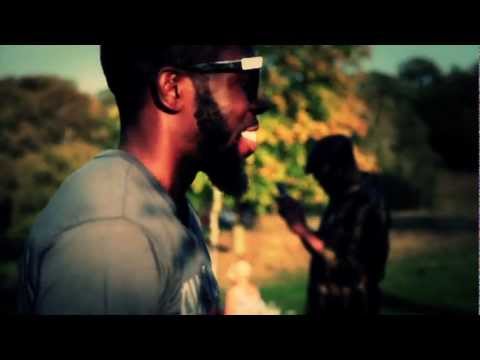 This short film by Abi Moore is set in Joel’s hometown of South East London. Join him on a beautiful day as he explains what Skydive is all about and the music that has propelled it to existence. Skydive EP is out October 1.

Culpepper’s anticipated debut EP Skydive, takes the listener on a journey of love and life’s lessons through the eyes of the story-teller. ‘I think for me, what I hope stands out is that the audience know I mean it. I believe in what I am singing about and love what I’m doing and am enjoying myself. Hopefully people can enjoy it with me. It is my reality show.’ To launch his EP, Joel has unveiled a song called ‘Heaven,’ a tribute to legendary rapper Biggie Smalls, which has undergone the Culpepper treatment. It is a gentle, inspiring track peppered with Biggie-isms but unarguably Joel Culpepper in style and delivery. Look out for a video to the track around the EP release date.

Joel is unafraid to take creative risks and break the mould. An artist whose sound skips over hip hop and soul, playing tribute to the music that’s inspired him to make it.

Joel has continued to impress with his distinctive sound and stage presence since the 2009 release of his first project ‘The Adventures of Pensmith’. In 2011, he released his second mixtape, ‘Joel Culpepper Meets J. Dilla’, a tribute project to the late, great producer.

His band, The Transformers, provide the musical backdrop for his shows, pushing boundaries and offering audiences an intense and energetic set of music. Living up to their name; each musician plays at least two instruments; ‘transforming’ during Joel’s dynamic live sets.

Joel has been described as ‘the UK’s answer to Andre 3000 and Mos Def,’ with a distinctive style inspired by British fashion and model culture.

Singer/songwriterJoel Culpepper is a fearless – “I think I like the idea of taking risks. I think establishing yourself comes hand in hand with a risk.”