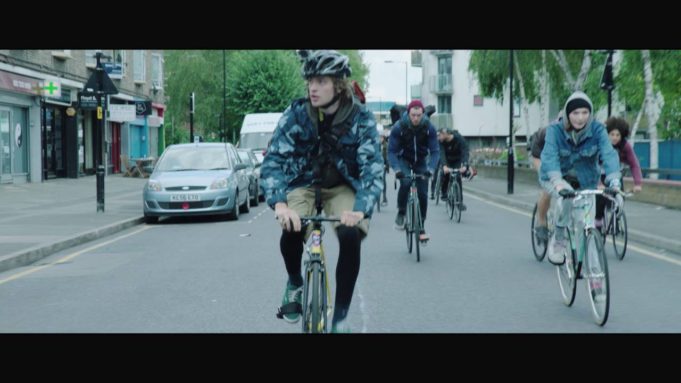 An interesting and eyebrow lifting trailer has been released for high-octane thriller ‘Alleycats’.

ALLEYCATS, a high-octane British thriller from first-time feature director Ian Bonhôte and stars Eleanor Tomlinson (Poldark, Jack the Giant Slayer), Sam Keeley (In the Heart of the Sea, Burnt), and John Hannah (The Mummy, Four Weddings and a Funeral).

ALLEYCATS is the first British feature film to authentically represent and explore the world of ‘alleycats’ – real bike racing that happens in major cities across the globe. These races are underground, dangerous and not wholly legal – usually taking place on busy streets at rush hour.

When bike courier Chris (Josh Whitehouse, Northern Soul, Mr Burberry) witnesses what looks like a murder at the hands of a well-known member of Parliament (John Hannah), his first instinct is to cut and run.  But when his curiosity draws him back in, Chris is soon embroiled in a world of corruption, political power and blackmail.  Compelled to uncover the web of bribery that’s ensnared her brother, Chris’ sister Danni (Eleanor Tomlinson) soon takes matters into her own hands.

Alleycats is released in August.