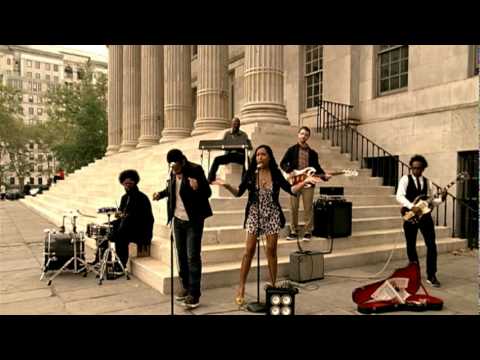 I’ve just listened to John Legend’s new album Wake Up! and I’m feeling fired up! It’s provocative and may rouse music critics who have slipped into a commercial slumber over the past few years. When I put this to John, he laughs. ‘It’s a little provocative in subject matter, but I think it’s good for artists to push issues, reflect on what’s going on in the world and give their opinion on it – that’s what this album is trying to do.’ Tell us about Wake Up!
It’s a collaboration with The Roots – it’s something that me and my team came up with in 2008 when I was in the middle of the Obama campaign and I’d just finished the Evolver album. We thought it would be great to do something that was a little more politically minded and I thought it would be cool to do it with The Roots. We reached out to them and they were like, yeah let’s do this.

What’s your favourite track on the album?
Bill Withers’ song I Can’t Write Left Handed. When I was recording it, it felt like such a powerful and emotional moment. When I’ve played it live I’ve felt the same. The track means a lot to me in terms of all of the soldiers the UK and US has sent to war – I try to perform it from the mindset of the guys out there in battle or those who have been injured and sent back home.

A lot of songs are making a strong social commentary about many things going on in the world – what’s your main message?
I guess arousing people’s consciousness. Making them more aware of what’s going on, inspiring them, hopefully making them think. Aside from that I wanted to make a cool, soulful, passionate record and I think people will feel that regardless of their politics or the message they get from the album. Its definitely passionate.

Listening to it I felt like I had been transported to a Blaxploitation film!
[Laughs] That was some of the idea because we chose to reflect that era with regards to the songs that we covered. We wanted to hone in on that style; we wanted it to transport you. We did use songs from films like Shaft and Superfly that depicted what was going on in the inner cities at that time – crime, racism. Musically and lyrically people were doing things back then that people don’t do so much now and that’s to tell stories about people’s lives, with a shrewd awareness about what’s going on in their neighbourhoods, country and within politics. It’s a bit of depth that’s not so much here anymore. It was my favourite era for black music.

Do you think for some artists it would be a bit scary, tipping the music balance away from the commercial and towards the more conscious?
It’s definitely risky. It’s not the most commercial sound or the most lucrative thing making message music. But if I cant do it who can?

I love that confidence. Is that one of things that’s driven you with your career choices?
I would say that every successful artist has to have confidence and dose of audacity to believe that whatever they have to offer is worth selling to millions of people. But you do also need to have enough humility to know that you need help and that you can always learn from your mistakes.

Your voice has such a different, beautiful old-school quality to it. Did you find it difficult to find your niche when coming up?
[Laughs] Thank you for the compliments! Well I can say that being different can be tricky because radio can be like, ‘hmm, I don’t know where to fit you’ – but I can say that my fans like the fact that I am different and unique. I can’t be any other way – I just have to roll with that!

You collaborated a lot with people like Kanye West and Alicia Keys when you were coming up as an artist. Is there anyone you’re specifically championing?

Well you know Estelle, she’s signed to my label. She has an album coming out around Christmas time which we’ve been working on and its really beautiful. She’s so talented, ambitious and hard working which I really respect.

We miss you in the UK! Will you be coming to see us soon?
Definitely! I should be over with The Roots in November, we’ll be performing.

Besides Estelle, is there anyone else in the UK that you would like to work with?
Amy Winehouse. I would love to write for her!

What’s next for you?
I have another album that I’m working on and also some TV and film projects that I may be producing. I’m just trying to make the best art that I can give and make the most impact that I can.

That would be an amazing collaboration! This issue is all about Sex Education –what advice can you give to our readers?
Don’t rush into it. I know how it feels to have all of your friends talking and you’re thinking you wanna be cool and experiment. But there is no rush – you have your whole life to do it. Moving too fast means mistakes can be made. If you start having sex before you are ready to handle the responsibility you could end up putting your future at risk. Obviously you’ve gotta wear protection and be safe.