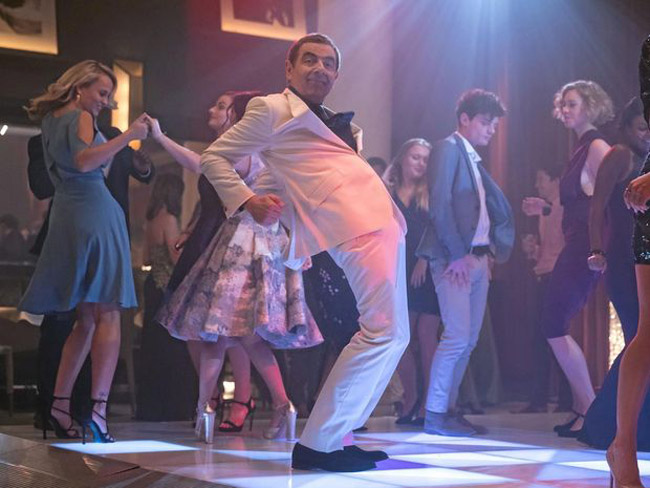 There comes a time when filmmakers and studio’s alike need to make that decision, enough is enough. The latest comes from Rowan Atkinson’s haphazard calamity spy, Johnny English in the third film in the franchise. What we have here – yet again – is Mr Bean dressed up in an abundance of confidence, a flash suit with as much silliness as you can possibly cram into one feature.

We are re-introduced to English (Atkinson), no longer a spy for her majesty’s secret service, but stuck behind a desk, teaching a group of adolescents the secrets of becoming a *cough* good spy. Meanwhile, back at number 10 the current prime minister, played by a wasted Emma Thompson, faces a new threat to British security – one that threatens the very digital fibre of the country. With all the current agents compromised, the Teresa May-esque Prime Minister has to call back into action an old agent. This is English’s chance to redeem his past misdemeanours as he is called back into action to find and take out the criminal mastermind.

Reluctant to take on board the more technological advanced gadgets any good spy wouldn’t be seen without, English reunites with his trusted and more intelligent clerk Bough (Ben Miller), for an adventure that has the pair leaving despair and destruction in their path from France and back.

Predictably, the digital terrorist is abundantly clear within the first 20 minutes. It’s almost insulting in the lack of effort that has been taken in trying to conceal the villain’s identity. Not just for the audience, but the character’s that are supposed to be of the highest intelligence;  the fact that English figures this out and has to try and convince his peers is utter laziness.

We also have Atkinson’s staple physical gag’s, from a drug-infused dad dancing fest to the one slightly comical sequence in which he don’s a virtual reality set and embarks on a violent walk through the streets of London. The idea here is to switch up whom to aim the film for; it’s gone from adult fun and converted into one for the kids.

Johnny English stumbles into the digital age with a stale take on the spy spoof that really should know it’s time to go to pasture. It sticks to its formula like glue and never wavers in its tired silliness.

Johnny English Strikes Again is out in cinema’s October 5th.