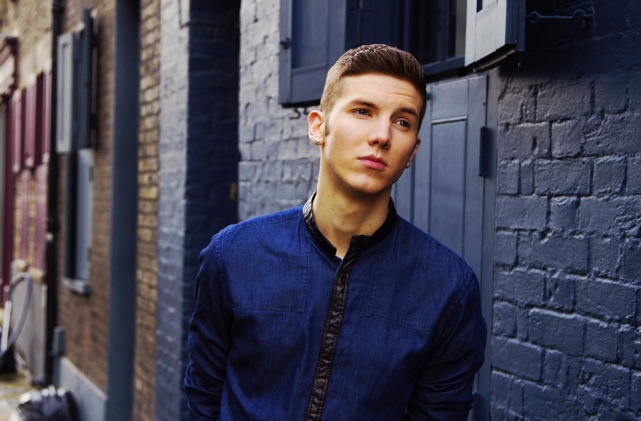 Jordan Morris is a 19 year old singer-songwriter from the UK who is an artist you really need to know about! With a collab featuring Dappy & a tour with Ryan Leslie already under his belt, Morris is not an artist 2 miss.

Jordan has recently released his brand new single “Do It Like Me” which is already causing a buzz across all Social Media platforms. DILM is a must have summer jam for 2014. Flavourmag’s Joe Waller caught up with the rising talent for an EXCLUSIVE chat.

You have recently released your brand new single, Do It Like Me. How has the response been so far?
It’s s been great! You know prior to this song my originals and covers have been way more chilled, slow jams and ballads, so the energy of the new single caught people by surprise. They were able to see another side to me and that constant discovery is exciting! Also a lot of people enjoyed watching me buss a couple moves lol.

DILM has a cool afro-beat inspired production. How did this come about?
The initial piece of production was just a drum roll and the strings in the song. Me and my manager, JQ, who is also my writing partner, we thought of a few melodies and I laid them down. I felt the chorus melody had an afrobeats-ish vibe to it so it felt right to add that african inspired rhythm, being a drummer too, I added it and I let my producer Sasha build the rest.

Are you a fan of afro-beat music?
Most definitely, I love the swag and charisma they come with, mad cocky! Lol it’s dope. You can always move to an afro beats track and the girls love to move to it, that’s the best part.

Being a songwriter yourself, how does your songwriting process work? Do you put lyrics to a beat or the other way around?
There’s a few different ways I write, When I’m on the bus or on a train quite a lot due to my hectic schedule, so that’s when I usually have a moment to think. It’s in those trails of thought that I am able to discover a dope concept and start brainstorming lyrics, putting rhyme patterns together etc. Other times, I’ll be in the studio and Sasha plays a crazy beat, if I catch on to it straight away, and if it can make me feel a certain energy, I step in the booth and start laying down my ideas. So there are a few ways it happens, in all honesty it’s a magical experience, being able to translate emotions and feelings into something people can relate to, that always amazes me.

If you could write with any musician in the world (dead or alive) who would it be and why?
Wow! That’s a hard question, but if I was to pick one person right now I’d say Pharrel Williams. I love the way he is able to fuse musicality with a fun pop appeal, whilst being able to project a positive message.

DILM is clearly a big summer jam. Who, in your opinion, is the artist to watch this summer?
Damn, I’ll pick three… Dappy has shown me some of his material and it is amazing so if he brings something out in the summer that’s gonna change the game for sure! Also Moelogo and Ella Eyre, I’m excited to see what they do.

We hear you are currently working on your debut EP which is due for release this summer. What can we expect from the EP?
I think people will really be able to discover me musically and most importantly personally through this EP. I love all the songs so far and I hope that I’ve been able to create a body of work that will stay relevant and relatable.

Will there be any features on the EP?
Maybe if it feels right then we’ll make it happen but I didn’t go in to this project with plans to work with anyone specifically. I hope something develops because I love collaborating with other artists from all over the world! It’s all about the energies man!

Do you have a title yet?
Yup, #Discovery – Don’t forget the hashtag!

Can you give us a Flavourmag Jordan Morris EP exclusive?
I’m sure we can sort something out  – Call me sometime.

Your debut single, Taking Your Side featured N-Dubz star Dappy. How did this come about?
Damn, well having recorded a few songs already with JQ and Sasha, we had already decided which song we wanted to put out as a intro single (TYS). Dappy was an obvious choice due to his rapping and singing abilities, his influence in the game is epic, he has and amazing fan base and it just made sense! We reached out to his team and before you know it I was getting a call from Dappy telling me we have a deal!

What was it like working with Dappy?
Incredible. Dappy is a gentleman, a mad genius and a straight up joker. So having him on board was a blessing, we’ve got plenty more world changing moments to come.

If you could have any other musician (dead or alive) featured on a track with you, who would it be and why?
I’m gonna pick 3 again! Lol I would have to say Michael Jackson, Rihanna and Drake… There’s too many amazing artists to choose from so I could give you 100, we’ll save that for next time.

You have already gained support from some of the UKs biggest music platforms such as SBTV, Grime Daily and now Flavourmag. How does it feel to have this support so early in your career?
Relationships are so important in life, so being able to create relationships with such influential people in the industry is humming. It gives me even more confidence and belief that I must be doing something right!

You have been lucky enough to support both Ryan Leslie and August Alsina at the London O2 Indigo. What was this like?
It was the definition of EPIC! To be able to watch and perform on the same bill as Ryan Leslie, August Alsina, Angel and James Anderson was a privilege. I was able to learn a lot that night! Plus #TeamJM were out in full support, I think I made the other acts a little jealous! Sorry guys, nobody has a better fan base than #TeamJM.

Do you have any live gigs or tours in the pipeline for 2014?
I’m off to LA on June 8th for some very important meetings and performances! That’s what we’re focussing on right now while we record the album. There are no confirmed dates as of yet but I’m definitely gonna be performing everywhere in the summer! Gotta give #TeamJM some shows all around the homeland!

Its clear, from your You Tube videos, that you’re a fan of covers and enjoy putting your own spin on well known tracks. Do you have any new covers coming out soon?
I do! There are some amazing songs out right now that I’m working on covering with my band

What track in the charts right now would you like to cover?
I’ve got a couple; ‘One direction – You And I’ and ‘Michael Jackson Ft. Justin Timberlake – Love never felt so good’

What does 2014 hold for Jordan Morris?
Plenty more growth, learning and (quick-plug) #Discovery! I plan to release my EP, put out a new video to every track! Plenty of performances and some more interviews with Flavourmag! All alongside my beautiful #TeamJM

Can you give us a Jordan Morris 2014 Flavourmag exclusive?
I’m still single, looking for a beautiful girl to spend my time with? Maybe you guys can help me out there 😉

So there you have it ladies. Interested in a date with Jordan? Flavourmag can hook you up… Do you like what you hear? Grab Jordans new track “Do It Like Me” on iTunes here – itunes.apple.com/gb/album/do-it-like-me-single/id874460155